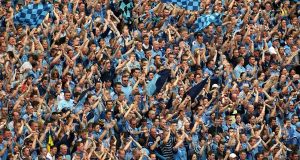 Have waiting lists to see a consultant increased by the equivalent figure it would take to feel Croke Park, Thomond Park and Páirc Uí Chaoimh together? File photograph: Ray McManus/Sportsfile

Have waiting lists to see a consultant increased by the equivalent figure it would take to fill Croke Park, Thomond Park and Páirc Uí Chaoimh together?

During the launch of the party’s health policy on Monday and on the Claire Byrne show that evening, Fianna Fáil’s health spokesman Stephen Donnelly made a series of claims about how waiting lists have performed under Minister for Health Simon Harris.

Most eye-catching was the suggestion that “an extra 140,000 men, women and children are waiting to see a consultant”. He made a number of associated claims throughout the course of the day, namely: that there has been a 20-fold increase in the number of children waiting more than 18 months for a consultant’s appointment, an eightfold increase in the number of adults waiting the same time period to see a consultant, and that waiting lists “are going up, and up, and up”.

Upon what are they basing their claims?

Donnelly has said that he is basing his claims on outpatient waiting lists, which are published by the National Treatment Purchase Fund (NTPF). Unlike other waiting lists common across the health sector, such as trolley counts, these aren’t disputed by different stakeholders in the health system. Specifically, he is using total numbers assembled by the NTPF for each group/hospital. For claims specific to children, he is using the figures provided under this heading for Children’s Health Ireland.

Like a lot to do with the health system, waiting lists are extremely complicated. There are issues around the double counting of people, the difference between waiting to be seen by a consultant and waiting for treatment, and whether you’re counting inpatients or outpatients.

However, the core claim – that 140,000 people more people are waiting to see a consultant – is easily enough measured for outpatients.

However, as a spokeswoman for Harris points out, there are other ways to measure other waiting lists which show a decrease. Patients waiting for a consultation, which is what Donnelly has measured, are not classified as waiting for a treatment. The figure for those waiting on a treatment has fallen from 74,968 in May 2016 to 66,653 in December 2019.

When it comes to the claim on the number of children waiting having increased 20-fold, again the data is based on outpatient waiting lists. These show some 9,977 are waiting at the end of December for more than 18 months, up from 505 when Harris took office. This is a shade under a 20-fold increase (19.75 times, to be precise). Overall, for all time periods, the increase has been less dramatic, from 31,600 to 44,085.

The claim that the number of adults waiting to see a consultant has gone up eightfold is less easy to justify. The total number of people waiting more than 18 months has increased to 102,924, from 13,095 – that’s an increase of 7.85 times the 2016 level. With a little bit of generous rounding, you can get to 8x, but Donnelly specifically claimed it was for adults only. When the numbers for the Children’s Hospital Group are split out, the total is 7.38 times the figure waiting in 2016. For adults, this is likely to be a little lower, as there is an indeterminate (but small) number of children receiving treatment in the other hospital groups.

The final claim, that outpatient waiting lists are going “up and up and up” has been true for much of Harris’s time in health. As discussed above, they are now around 140,000 higher than in May 2016. However, the phrasing of Donnelly’s claim suggests uninterrupted increases on this measure. For the last four months, that has not been the case, and the outpatient waiting list that the Fianna Fáil spokesman is basing all his claims on shows a decrease of just over 16,000 since August.

Hospital waiting lists are very complicated it is possible to selectively use different sets of figures to tell a different story depending on your narrative. Therefore, relying on them for headlines or simple claims can be tricky. However, based on the figures he has used, Donnelly’s claims are largely accurate, notwithstanding some issues around the claim of uninterrupted increases in waiting lists, and the level of increase among adults awaiting treatment.

The combined capacity of the three stadiums he cites, according to Google, is 152,900. If you let him off the fact that he is still 15,050 patients short on filling his combined super-stadium, his claims are mostly true.