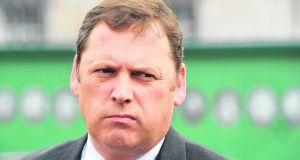 In 2016, candidates were elected for the two separate constituencies of Laois and Offaly, each with three seats. It has now reverted to Laois-Offaly, a five-seater

There is likely to be at least one high-profile casualty in this constituency as it is now a five-seater instead of two three-seaters.

Six TDs were elected from both counties in 2016 and they are all looking to retain their seats.

The Minister for Justice Charlie Flanagan will be hoping his high-profile position in Cabinet will keep him safe and that his recent handling of the Royal Irish Constabulary (RIC) commemoration controversy will have faded from public memory by the time February 8th arrives.

Another candidate who has enjoyed a high profile is Fianna Fáil’s Séan Fleming as chair of Public Accounts Committee in the 32nd Dáil, a role he carried out capably.

Fianna Fáil’s Barry Cowen is considered to be a safe bet. There are no such assurances for Fine Gael’s Marcella Corcoran-Kennedy although she has a large team of canvassers working for her on the ground.

At this early stage, Sinn Féin’s Brian Stanley is also a contender for a seat.

Given the recent success of the Green Party, all parties and independents are watching Pippa Hackett’s campaign closely. She was only recently elected to the Seanad but says she believes she has the necessary experience to be part of the 33rd Dáil.

In this constituency, one of the biggest issues is access to mental-health services. On the third full day of the 2020 election campaign, Fine Gael leader Leo Varadkar canvassed in Birr with his candidates and was told more supports are needed for those suffering with mental-health issues, and he was told many lives had been lost in the area. Those elected in this constituency will be expected to address the issue.