If key targets not met, Murphy threatens to transfer responsibility for emergency shelter 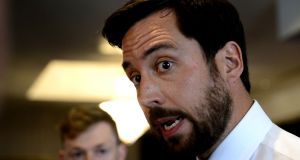 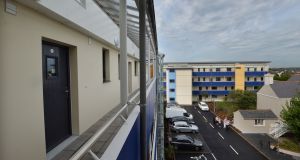 The four Dublin local authorities are likely to dispute fiercely suggestions by the Minister for Housing that they are failing to address the homeless crisis, it is understood.

In letters to the chief executives of the four Dublin local authorities, Mr Murphy set out a series of targets for emergency accommodation provision by the end of the year. And he also required that a list of potential sites and locations be provided to his officials in the coming days.

Mr Murphy is understood to have instructed South Dublin County Council to provide social housing hubs – emergency accommodation that is an alternative to putting families in hotels – for 300 families by the year end.

The councils have also been told to provide an additional 150 emergency beds for rough sleepers by November 1st.

They have also been told to supply the Dublin Regional Homeless Executive with action plans by next Wednesday. And that these should outline how progress is to be achieved on the targets.

Mr Murphy has also instructed the councils to ensure there are increased efforts to assist families to move from emergency accommodation into rented housing funded by the housing assistance payment.

Sources familiar with the issue said many of Mr Murphy’s targets were unlikely to be met. They suggest the Minister may proceed with his threat to assume responsibility for providing emergency accommodation.

The legal powers to do so are contained in housing legislation, though the Minister must first give instructions to local authorities. If he is not satisfied with their response, he can make an order taking responsibility for the area.

However, it is understood there is considerable unhappiness at the Minister’s move among the local authorities, which is likely to be expressed on Monday.

He said councillors and officials were “stunned” on hearing of Mr Murphy’s threat to strip them of powers. He said that council’s experience was that delays were occurring within the Department of Housing.

“They want to micromanage the projects . . . we’re being held up by them,” he said. He appealed to Mr Murphy to work with the councils rather than “slagging them off”.

Chairman of Dublin City Council’s housing committee Cllr Daithí Doolan (Sinn Féin) said the department had “no sense of the crisis in the city”.

“Requests get lost in the department,” he said.

In tweets over the weekend, chief executive of Fingal County Council Paul Reid said that the council was “relentlessly committed to housing”.

Mr Reid also said there was “major investment in family hubs, social houses and new builds. Continuing to far exceed every target set for us on housing & homeless. 62 per cent ahead of target up to 2017. Will deliver ahead of target for 2018 also.”

The crisis is exerting growing political pressure on the Government and, especially, on Mr Murphy. But Ministers across Government declared strong support for the Minister during the Fine Gael think-in in Galway last week.