Dean Hotel says it is ‘satisfied’ with the result 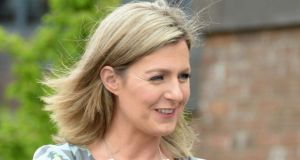 Deputy Maria Bailey has agreed to participate fully with a review of her legal action against the Dean Hotel, Fine Gael has said. File photograph: Dara Mac Dónaill

The hotel at the centre of a controversy surrounding a personal injuries claim taken against it by Fine Gael deputy Maria Bailey has confirmed she has officially withdrawn her case.

Ms Bailey was taking a personal injuries case in the Circuit Court against the Dean Hotel of Harcourt Street, Dublin. She was claiming damages of up to €60,000 over injuries she alleges she suffered to her head, back and hip after falling off a swing in the premises on a night out in 2015. The hotel lodged a full defence of the claim and alleged Ms Bailey (43) had items in both her hands when she sat on the swing.

Following political pressure,the TD had announced last weekend that she would withdraw the case.

In a statement today, Press Up Entertainment Group, which owns the hotel, said a formal Notice of Discontinuance of the case had been filed in the Circuit Court.

“This matter has reached a formal conclusion and we are satisfied with the result,” the statement said. “We now want to fully focus on looking after our guests.”

When asked about the controversy surrounding Ms Bailey this week, former minister for justice Alan Shatter said there were serious questions about the legal advice she received.

“She may have made a bad judgment, we don’t publicly stone people here. I didn’t think it necessary for every member of the Cabinet to excoriate her.

“There are far more important issues than that at a time when the defence forces are in crisis, yet this issue has dominated the air waves for eight days.”

On Wednesday, Taoiseach Leo Varadkar commissioned an internal review to establish “all facts” in relation to a personal injury claim taken by party TD Maria Bailey against a hotel.

Ms Bailey met with the Taoiseach on Wednesday afternoon to discuss the controversy.

“In relation to a civil case which Deputy Bailey is withdrawing from the courts, Fine Gael is undertaking an internal review to establish all facts. The review will be undertaken by David Kennedy, Senior Counsel.

“Deputy Maria Bailey has agreed to participate fully with this review.”