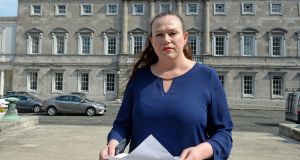 The insurance industry must match the “string of reforms” the Government has introduced to deal with fraudulent and exaggerated claims, the Dáil has heard.

Minister for Communications Richard Bruton warned that “insurance companies have a responsibility to ensure they match the reforms” being put in place by the Government and the Garda.

“We need a quid pro quo for a string of reforms we’re introducing,” the Minister said.

Mr Bruton was responding to Sinn Féin’s Louise O’Reilly, who said huge increases in insurance premiums were more down to “blind profiteering” from the industry than from fraud and bogus claims, although these “are very definitely a problem”.

Ms O’Reilly described Government reforms in this area as “painstakingly slow” and the impact of insurance costs had resulted in businesses closing down or curtailing services with consequent job losses.

She cited a number of cases, including a soft play centre in Donegal where insurance costs had risen from €2,500 in 2017 €6,500 last year, despite the centre not making a single claim.

Ms O’Reilly said that in her own Dublin Fingal constituency, the Fingal Adventure Centre would not be able to operate in Rush, Co Dublin this summer because of its “astronomical” insurance quote.

“People are having to make decision now and the job losses are very, very real and immediate,” she said, adding that campaigners about insurance costs and business owners “don’t see any sense of urgency from the Government”.

The Sinn Féin TD repeated the call for the establishment of a Garda insurance fraud unit and also asked when the amendments to the Judicial Council Bill would be introduced to allow the judiciary set the guidelines for awards in personal injury cases.

Mr Bruton, who was taking leaders’ questions in the Dáil, said the future of business cannot be allowed to be undermined. “We need to see the progress we’re seeing on motor side being repeated in the other areas,” he said.

He said there had been improvements in motor insurance premiums because of Government reforms, with more than 20 per cent in reductions.

The Minister said an economic crime bureau had been established in the Garda, which provided briefings on fraudulent claims.

Mr Bruton said amendments to the legislation to allow the judiciary set guidelines for insurance claim awards had been approved by Government would be passed in the Seanad before going to the Dáil.

Fianna Fáil deputy leader Dara Calleary asked if the Government would allow the civil liability legislation introduced by his party’s enterprise spokesman Billy Kelleher to be dealt with before the summer recess.

Mr Kelleher has been elected to the European Parliament and Mr Calleary said it should be done before he left the Dáil in July.

“I will check that out for you,” Mr Bruton said.