Government urged to ‘do better’ in creation of CervicalCheck tribunal 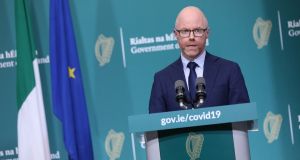 A support group representing women affected by the CervicalCheck controversy has privately called on the Government to “do better” in addressing growing concerns about the establishment of a new tribunal.

In a letter sent to the Minister for Health Stephen Donnelly last week, the 221+ group also expressed fears that the Government’s actions were being “guided by the wishes of laboratories”.

The Department of Health responded to the letter and the issues contained in them on Sunday evening, it has been confirmed.

The letter, dated November 3rd, raised a number of outstanding issues ahead of the full establishment of the tribunal which is intended to provide compensation to women affected by the misreading of cervical smears.

It said that despite “repeated assertions that you will work in the interests of the women of 221+, that your decisions are being guided by the wishes of the laboratories”.

In relation to the statute of limitations, the group said “you will need to do better here. The issue here is quite simple. While, as you say, it is not certain that those members of ours who have waited over two years for this tribunal and now, more than two years since they were told of a discordant reading of their cytology, are in fact statute barred, your legal advisors have clearly told you that they are at risk.”

Questions were also raised around whether laboratories would be joined as defendants.

The letter says that while it was understood the HSE would not seek to join a lab as a co-defendant in the tribunal, a letter from the State Claims Agency referenced the labs being joined as “additional respondents”.

The issue of a potential recurrence of cancer was also raised.

The group said that an “unfair” suggestion had been made that “any woman with, say, a 20 per cent risk of recurrence can have the full cost to her and her family of her death calculated and the tribunal will award her 20 per cent of that.

“If, as has been the case in several of the actions before the High Court to date, the future cost is €1m then that woman would be awarded €200k. If we have five such women, and there will be many more than, then four of those women will not have a recurrence but will have been awarded an additional €200k for the risk they might have while the woman who does have a recurrence and will die as a consequence is denied the €800k additional provision for her loss of earnings, pension and future care she will need to the end of her life. We do not understand how you can recommend such an unfairness.”

Meanwhile it has emerged that even if the 221+ group choose not to engage with it, the Government may decide to commence the tribunal in the coming weeks.

The Department of Health has confirmed it has already received inquiries from women wishing to lodge a claim, though it has not yet been authorised to begin its proceedings.

In response to questions, the Department said: “The tribunal has received several calls and emails from people wishing to commence proceedings. Some enquiries have been from solicitors representing more than one claimant. At present these claims cannot be progressed as the tribunal has not been fully commenced and no members have been appointed.”