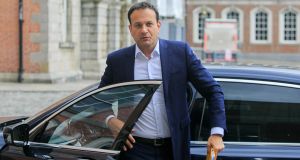 Sectors which employ large numbers of young workers will be targeted under a new multibillion-euro plan to reboot the economy as the Government aims to cut the level of youth unemployment significantly by the autumn.

A Cabinet committee on economic recovery met on Wednesday to discuss the plan and sources say a major focus of discussions was youth unemployment. Measures under consideration include a significant investment in apprenticeships, as well as back-to-education allowances for those on the Pandemic Unemployment Payment, to enable them to learn new skills and transition off the enhanced Covid-era social welfare.

Special consideration will be given to supporting the arts, with a focus on sectors which have a proven track record of supporting employment.

The stimulus package will have a particular focus on sectors that employ a large number of young workers including hospitality, retail, construction and tourism.

The Cabinet committee is also examining plans to extend the rates holiday introduced for an initial three-month period in March, perhaps as far out as the end of the year, although no final decision has been taken.

However, some sources expressed scepticism about the possibility of a targeted cut in VAT for the hospitality sector, where a cut from the current 13.5 per cent to 9 per cent has been mooted.

Industry groups had called for such a measure after the UK reduced the VAT on hospitality services from 20 per cent to 5 per cent. However, there is concern about the effectiveness of such a step in Government, with doubts over how effective it would be at driving footfall and generating revenue for businesses.

There are concerns as well about the difficulty of restoring the full rate, were it to be cut. The last government faced a major political battle when it moved to rescind VAT cuts given to the hospitality industry during the financial crisis.

Other key points of the plan will include a significantly enhanced restart grant to help businesses that are reopening, as well as reductions in business taxes and commercial rates.

There will also be access to low-cost loans. Crucially, the Temporary Wage Subsidy Scheme may be extended beyond its current cut-off date at the end of the summer.

Speaking on Wednesday, Mr Varadkar said the stimulus would be “radical and far-reaching”. The plan is expected to be launched the week after next.

He said the package would “help our country recover, repair the damage that has been done, and restore confidence and prosperity”.

“It will be followed in October by the National Economic Plan, published on the same day as the budget. It will chart out our longer term, jobs-led recovery.

“I expect the economic plan will include a major re-skilling programme, policies to promote balanced regional development and it will emphasise the importance of attracting and sustaining foreign direct investment.”

The Republic’s unemployment rate stood at 22.5 per cent in June, albeit down from 26.1 per cent in May, as the economy continued to open up following Covid-19 restrictions, according to the Central Statistics Office (CSO).

In a statement after the Cabinet committee meeting, a spokesman for the Government said it was “agreed that the stimulus package would need to be of sufficient speed and scale to give businesses confidence to reopen and stay open so that people can get back to work”.