Election 2020: Why transfers may not be a deciding factor 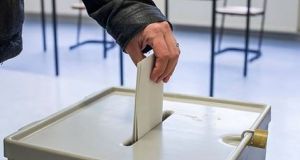 Political anoraks and candidates chasing the last seats in a constituency obsess about vote transfers and how they will affect their chance of election.

Sinn Féin has become the story of this election given the seismic surge in opinion poll support for it through the three-week election campaign. As a result there is growing interest in its record in attracting transfers and where its own transfers tend to go.

However, political analyst Sean Donnelly says that transfers “won’t be that important” in this election for Sinn Féin. If the polls are reflected in the results, he believes a lot of its candidates will be elected on the first count.

“Most of their existing TDs will top the polls, and most of them don’t have a running mate,” he says, meaning there will be no splitting of the vote.

The party is only running two candidates in four constituencies – Cavan-Monaghan, Donegal, Dublin Mid-West and Louth.

Donnelly points out that transfers are completely overrated in Irish elections despite the system being based on the single transferable vote.

“People say they play a huge part of our electoral system. They don’t – 90 per cent of seats are won on first count. People have a notion that transfers are like a rescue mission, that somebody’s stuck in a cave or something and we send out this rescue mission called transfers. It doesn’t happen.”

He points to two rules that between them account for 97 per cent of seats.

Rule two is that you must have at least half a quota on the first count. “A half quota won’t guarantee you a seat but if you’ve less than half you’ve no chance,” he says.

He said on notable exception was Cyprian Brady, who got less than 1,000 first preference votes – 2.7 per cent – in Dublin Central in the 2007 general election. However, transfers from poll-topping Fianna Fáil running mate taoiseach Bertie Ahern saw him elected in what became known as “human surplus”.

Donnelly says “there isn’t a rule in the world there isn’t an exception to, but you can’t judge something on a freak exception like that”.

He says transfers made no difference whatsoever in the November byelections.

In the 2016 general election, just 12 seats out of 158 were affected by transfers. His own analysis in RTÉ’s The Week In Politics Election 2011 guide showed that 11 seats were changed by transfers and in two of those cases the change was within a party – Fine Gael transferred to a different Fine Gael candidate.

This time around it is estimated that about 12 seats out of 160 will be affected by transfers, which means that 148 will be effectively decided on the first count.

Historically, Sinn Féin has not been transfer-friendly but this has improved with each election. In 2011 the party got 7 per cent of all transfers nationally, rising in 2016 to 12.5 per cent. That compares to 23 per cent for Fine Gael and 16 per cent for Fianna Fáil.

One third of votes nationally did not transfer.

If Sinn Féin’s momentum is retained on election day it will not be needing transfers, and other parties cannot rely on getting the party’s transfers as a strategy.