Election 2020: Fears voting may be down in Tipperary after death of candidate 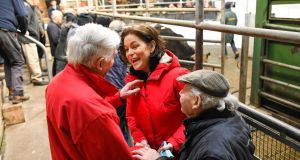 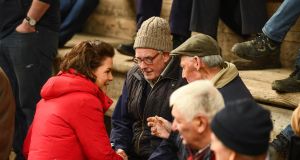 Canvassing in Co Tipperary resumed on Wednesday afternoon, after it was confirmed that voting will go ahead on Saturday. Voting in the constituency had been postponed following the sudden death of Independent candidate Marese Skehan, a home help co-ordinator from Thurles, on Monday.

“We didn’t canvass on Tuesday out of a mark of respect, and also because we didn’t think we we’re voting on Saturday,” says Fine Gael candidate Mary Newman Julian.

“Some of my canvassing teams went to neighbouring constituencies to help out but we’re back out canvassing today [Wednesday].

“It’s tough because it seems a bit disrespectful but if the vote is going ahead we need to finish out our canvass as far as we can . . . I think voter turnout might be affected because a lot of people we canvassed today didn’t actually know the vote is back on.”

On the Fine Gae ticket, Newman Julian is based in the north of the county, and mayor of Clonmel Garret Ahearn has much of his focus on the south of the county. The party lost two TDs in Tipperary four years ago, junior minister Tom Hayes and Noel Coonan, and views regaining a seat in the constituency as imperative.

“A lot of Fine Gael people were very disappointed, I suppose we felt we let ourselves down,” says Newman Julian of the 2016 result.

“There was nobody blaming the two TDs that lost the seats, because they didn’t lose it by themselves. It was us as an organisation. It was very unfortunate but we have to look to the future.”

Newman Julian, who also owns a farm with her husband, was telling farmers “I’ll work hard for ye and rural Ireland”, during a canvass at the cattle mart in Thurles earlier this week.

John O’Dwyer, a farmer from Killenaule, says Newman Julian is “a good candidate”.

“She has a farming background, both herself and her husband. She understands what it’s all about, it’s going down a very different path at the moment,” he says.

“Sinn Féin have nothing to offer. I honestly think that. They’re talking all the time but they’re not saying where they’re going to get the money from. You can’t come in here today and buy cattle without money. That’s the bottom line; where will they get the money from?”

Thomas Gleeson, a farmer from Cashel, says he will consider the Fine Gael candidate.

“I haven’t made my mind up. It will be either Fianna Fáil or Fine Gael,” he says. “The last thing I want to see is Sinn Féin and we wouldn’t be overly excited about the Greens. There seems to be a change coming. People want change but they don’t seem to know what change they want.”

However, outside Newman Julian’s constituency office in Nenagh, Pat McCabe, a Siptu organiser, tells her: “I won’t be voting for you unless you bring down that pension age”.

“Fine Gael will not get a seat in Tipp unless they stop the rise of the pension age,” McCabe says. “They haven’t a prayer. It will be a toss-up for the last seat but I think the two-candidate strategy won’t work for them.”

Ahearn, a son of the late Fine Gael TD Theresa Ahearn, also resumed canvassing on Wednesday. He says Seamus Healy’s seat would be viewed as “the only vulnerable seat” in the constituency.

“What I know for certain is that Clonmel town will win a seat. That’s a certainty,” he says. “There’s only two candidates running in Clonmel town and that’s Seamus Healy and myself . . . The numbers dictate that Clonmel will have a seat. It’s fifty-fifty but fifty-fifty is good in my view.”