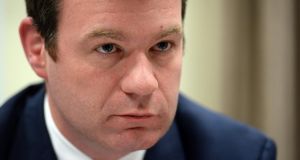 Voting in Tipperary will now go ahead on Saturday along with the rest of the country, returning officer for the constituency James Seymour confirmed on Wednesday.

The vote in the constituency had been postponed after the sudden death of Independent candidate Marese Skehan.

The home help co-ordinator was found dead at her home in Thurles on Monday February 3rd.

Last week, Mr Seymour, postponed the poll on Monday evening as required under the 1992 Electoral Act. According to section 62 of the Act when an election candidate dies the returning office in their constituency must “countermand” the poll and a “fresh election will be held”.

However, Attorney General Séamus Woulfe subsequently advised the Government that the entire general election could be open to a legal challenge if the Tipperary poll did not go ahead.

Both Mattie McGrath and Michael Lowry are seen as being almost guaranteed to take a seat. In 2016, Lowry was elected on the first count with almost 17 per cent of the first-preference vote. He has supported the Government in motions of confidence since then.

Fianna Fáil’s Jackie Cahill will be joined on the ticket by Imelda Goldsboro and Sandra Farrell.

The word in the area is that the female candidates feel the party is too focused on securing a seat for Cahill, with the heft of the party machinery working in his favour.

In the south of the county are Mattie McGrath and Séamus Healy. McGrath has kept a high profile during the course of the debates on the referendum on the Eighth Amendment and is vocal on local health issues.

Local sources say Healy may be in a weakened position although he retains a very strong base. The issue for him could be in relation to transfers, where he may lose out to other more transfer-friendly candidates.

‘Not a Sinn Féin heartland’

Sinn Féin is running Martin Browne, who is well-liked but at this time not likely to take a seat– one source said that Tipperary is “not considered to be a Sinn Féin heartland”.

In Nenagh, Labour’s Alan Kelly looks to be in a strong position. He is going into this election in a stronger position than 2016 thanks to his strong campaigning on health issues.

Fine Gael, meanwhile, is running Garret Ahearn, who is based around Clonmel, and Mary Newman Julian, who is in Cashel but also has constituency offices in Nenagh and Thurles. The party has obvious hopes for gains here. It has no seat in Tipperary and should regain one – in 2016, it had a full quota but ended up with nothing.

Fine Gael views this as an imperative win. Whether it will be Ahearn or Newman Julian is the question.

The fates of independent Joe Hannigan and Green Rob O’Donnell are less clear – Hannigan is a former chairman of the Tipperary Football Board and is sure to take votes in the north of the constituency. Given Green fortunes, O’Donnell may also have a good day.