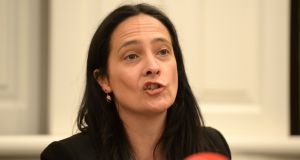 It is very difficult to take anything for granted in this ferociously competitive and notoriously capricious three-seater, currently home to two Cabinet ministers in Shane Ross and Josepha Madigan. Neither will be reassured by recent history in Dublin Rathdown – the list of high-profile (and frequently ministerial) scalps claimed by the voters of this constituency is long and impressive, including Alan Shatter, Eamon Ryan, Alex White, Liz O’Donnell and others.

A hyper-competitive field also features Green Party deputy leader Catherine Martin and high-profile Fine Gael Senator Neale Richmond, who will be hoping his visibility as chair of the Seanad Brexit committee will translate into a battle that will be fought on more parochial lines.

Notwithstanding its apparent buoyancy in national polls, observers feel Fianna Fáil will struggle to make its presence felt in Rathdown. Cllr Shay Brennan is the party’s lead candidate, but recent attempts to parachute new names into the constituency in the shape of Justin McAleese and Olivia Buckley are hardly a ringing endorsement from HQ. Meanwhile, the presence of Dublin City Council member Deirdre Conroy on the FF ticket has puzzled veterans in this part of Dún Laoghaire-Rathdown, raising questions over how committed Fianna Fáil is to the pitched battle in this rapidly-growing section of the commuter belt.

Labour’s Cllr Lettie McCarthy is seen as a strong local candidate and a big vote-getter in her home turf of Stepaside, but again may struggle for transfers and visibility elsewhere in the constituency, and more recognisable political faces are likely to blot out the sun for her.

Most observers feel Madigan and Martin are likely to retain their seats, with Ross left in a tussle for the final seat with Richmond. Ross won almost a quarter of the first-preference vote here in 2016, and a repeat performance of such strength is unlikely. Ever a polarising figure, Ross will have to do well on first-preference votes to hold off Richmond, as he may transfer poorly. He lost two councillors in local elections last May, and a third has distanced herself from the Minister for Transport. Ross’s accessibility to voters, his prominence during the FAI scandal and his ground work will all stand to him, but voters could also be swayed by Richmond’s relative youth and the fact he is raising a family in the constituency.

Notwithstanding Sinn Féin’s strong Dublin numbers, it will still take a lot for the party to break through in this hyper-competitive three-seater. Its candidate Sorcha Nic Cormaic has a solitary electoral success in seven attempts, and would need an exceptional and unusually strong showing to take a seat, even if there are high-profile casualties in the shape of Ross or Madigan.

Fianna Fáil is a more likely beneficiary here, particularly if Ross’s vote collapses. In the final days of the campaign, the party is putting significant resources behind Brennan, the man it twice attempted to usurp with alternate candidates parachuted in from elsewhere. If the Fine Gael vote decamps, it may strengthen predicted poll-topper Martin.

All told, it is unlikely that Sinn Féin will break through, but if both Ross and Madigan come under pressure and Sinn Féin has the strong day in Dublin its poll numbers are predicting, that tide could carry Nic Cormaic into contention.

The credibility of commitments from candidates on quality-of-life issues and service provision will be a major deciding factor for voters faced with long commutes, crammed Luas carriages and competition for school places. The signs are pointing to a tight race where nobody is truly safe.

Prediction: Madigan (FG), Martin (GP), and one from Ross (Ind) and Richmond (FG)