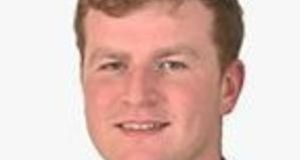 James O’Connor (22) is the baby of the 33rd Dáil and is the third youngest Fianna Fáil TD ever elected – behind only Mary Coughlan in 1987 and Lorcan Allen in 1961.

From Killeagh in east Cork he was elected to Cork County Council last May and had previously interned with Fianna Fáil leader Micheál Martin and justice spokesman Jim O’Callaghan.

He also worked for the outgoing Minister of State for Higher Education Mary Mitchell O’Connor on the issue of consent.

He has pledged to make mental health and wellness part of his political agenda.

He deferred his business degree finals in Trinity College Dublin after being elected to Cork County Council, and looks set to defer them again now that he has entered the Oireachtas.