Election 2020: Fine Gael pin hopes on the Brexit factor to revive fortunes in the polls 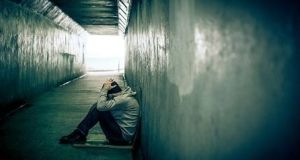 “Housing, by the way, is a broad-spectrum issue; it stretches from those families abandoned in emergency accommodation to the young middle class...” File photograph: Getty

One week into the campaign, some trends are emerging clearly. There is widespread disillusionment and electoral ennui with the Government. Quite apart from published opinion polls, one hears constant feedback from areas outside Dublin that there is a major backlash against what is seen as a Dublin-focused, somewhat smug urbane liberal elite that has lost touch with voters there.

That spells trouble for Fine Gael. While last week’s Behaviour and Attitudes poll sounded like the political equivalent of a blowout for Fine Gael, the Ipsos MRBI poll is more of a political slow puncture.

The pre-election implosion of the Independent Alliance, now fielding a lone Shane Ross, adds to the sense that Leo Varadkar faces a huge uphill struggle to convince voters that he has a good chance of forming a new government.

If Fine Gael had wanted an electoral bounce from the Brexit after-glow, one feels that an election in November would have been more likely to deliver such a result

That, in turn, has major implications for the dynamics of the campaign over the next 2½ weeks. Can Fine Gael restore a sense of momentum in this electoral battle for seats? Or are they fated to contest the election on the back foot?

Some Fine Gael supporters are pinning their hopes on the Brexit factor.

They hope that the increased media focus on Brexit in the next 10 days as the United Kingdom finally ceases to be a member of the European Union and enters into a transitional period of negotiating a new relationship will remind voters of the good job done by Varadkar and Simon Coveney last autumn in concluding an understanding with Boris Johnson.

But that pre-supposes that voters think that the outcome would have been radically different if Micheál Martin had been at the helm.

In politics, eaten bread is almost instantly forgotten. If Fine Gael had wanted an electoral bounce from the Brexit after-glow, one feels that an election in November would have been more likely to deliver such a result.

Now the issues are health and housing. The Taoiseach was off-key in using an IDA event to score party political points on the broadband issue. Most people regard the whole broadband saga as a mess, as an issue on which it was only possible to lose rather than gain votes.

Likewise, he was politically tone-deaf in his attempt to drag Lord Mayor of Dublin Paul McAuliffe into the sad story of the Eritrean tent-dweller.

Housing, by the way, is a broad-spectrum issue; it stretches from those families abandoned in emergency accommodation to the young middle class who see no chance of ever owning their own homes and every prospect of spending a quarter of their incomes on rent for the rest of their lives.

There is an ideological problem here. The private sector cannot solve the issue. The State must intervene to boost housing supply – social and owner-occupied. Even the term “private sector” is mutating before our eyes. When REITs buy entire developments to let out at high rents – a new phenomenon – that has become the new meaning of the “private sector”.

Sadly, the families in emergency accommodation will hardly get out to vote on Saturday, February 8th. But the aspiring home-owners and their relatives will.

Standing back from the individual issues, including the pop-up issue of pension age, the latest poll suggests that the old traditional Civil War parties enjoy a combined strength of just under 50 per cent of voter support.

Given that there seems to be no appetite at all to have a grand coalition between Fine Gael and Fianna Fáil, their combined strength suggests that one or other of them will lead the next government. I can see no prospect of another confidence and supply agreement between them. Nor will either of them govern with Sinn Féin.

The next government needs to have an actual working Dáil majority – not another paralysed administration that cannot legislate for government policy. That suggests a coalition with one of them and the Greens if polls are right. Even then, achieving a working majority will require the support of others.

If the Greens really have 8 per cent support nationally but 15 per cent support in Dublin, their rural support must be weaker. Ruling out any further road building, as Eamonn Ryan has, will affect infrastructural projects needed to achieve balanced regional development.

Our motorway network has been one major regional achievement of the last 20 years. It needs to be completed. Cars and trucks and buses, whether powered by hydrogen, electricity or biofuel, will never be replaced by trains.

Voting Green is much easier and more aspirational for floating voters in greater Dublin. They may choose to ignore or forgive the vote in the European Parliament by our new Green MEPs to end Ireland’s tax veto. But outside Dublin, a vote for the Greens is seen by many as immediately consequential and fraught.

Spare a thought too for Labour. They will have a very hard time keeping ahead of Sinn Féin and Green candidates. They would be badly missed as willing social democratic coalition partners unless the polls change.