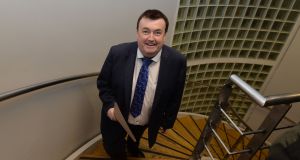 Colm Brophy (53) had been a TD since 2016, having been a member of South Dublin County Council for the Templeogue area for eight years before that.

He was chair of the Dáil Committee for Budgetary Oversight, which was established in 2016 to enhance the role of the Oireachtas in the budgetary formation process, in the last Dáil. He is originally from Cabinteely, Co Dublin and was educated at Cabinteely Community College before studying Business at Rathmines College of Commerce (now part of the Technical University of Dublin).

He is married to Maeve O’Connell, who is a barrister and councillor on Dún Laoghaire-Rathdown County Council. They live in Kilmacud, Dublin. His other abiding love is Liverpool football club.