Dublin on a knife-edge when it comes to water supply 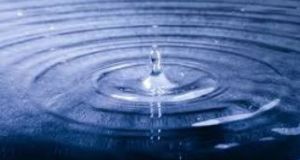 The Liffey accounts for over 80% of Dublin’s water supply, extracting 40% of all its waters, close to the upper threshold of environmental and sustainable limits. Photograph: Getty Images

Political Correspondent The short snowy shock of Storm Emma brought a powerful reminder of a worrying Irish political contradiction. This is how it is laid out. Ireland has one of the wettest and most temperate climates in the world: Ballynahinch in Connemara features in the Guinness Book of Records as the wettest place in Britain and Ireland.

Yet, despite this, decades of under-investment and poor planning has meant the water infrastructure in its capital city can hardly slake its thirst.

Dublin is not parched like Cape Town or southern California or Mediterranean cities. That said, supplies in the capital are vulnerable every time there is an unexpected weather event such as a freeze, a drought or a prolonged spell of dry weather.

It happened during the dry summer of 1995, and in the “big freeze” of early 2009/2010, where water restrictions were introduced in all four councils. And it happened again with Storm Emma, when Irish Water (who has taken over the task of providing water services) introduced night restrictions this week.

“Emma was a severe freeze,” Jerry Grant, managing director of Irish Water, told The Irish Times. “We are lucky it happened now and not in January. If it happened then it would have been much colder, lasted longer and had a bigger impact.”

We should not beat ourselves too much. The UK also experienced shortages and cuts last week, particularly in London and in the Midlands where two Jaguar car plants (employing 13,000) shut down temporarily, as did the Cadbury factory in Bourneville, near Birmingham.

But there is no doubt that Dublin has a problem. The city’s population and water needs continue to grow as its antediluvian water system has struggled to keep pace. The maximum volume of water Irish Water can produce is 640 million litres per day, against a demand of 570 litres. Increased demand of 10 per cent during the freeze essentially eliminated that margin.

So how has it all ended up on this knife-edge?

One of the two water sources, the Vartry Reservoir, supplies 200,000 homes, and, compounding the current crisis, its capacity is severely reduced because of seasonal algal bloom.

The Liffey accounts for well over 80 per cent of the city’s water supply, extracting 40 per cent of all its waters, close to the upper threshold of environmental and sustainable limits.

“The risk with Dublin is it’s a very compromised water system. There have been many decades of low levels of investment, and the sources are not diversified,” says Dr John O’Sullivan, associate professor at the Dooge centre of water resource research in UCD. “There is a need to diversify. By not putting all your eggs in the one basket, it adds flexibility to the future management options.”

But it’s not just the lack of water supply that poses the problem. It’s the extraordinary high level of leakage in the capital. Irish Water’s own figures suggest that the loss at present is 37-38 per cent, down from a high of 49 per cent. That is on the very high end of EU figures, up near the top with Bulgaria, Slovenia and Hungary.

However, Emma Kennedy, a campaigner against one of Irish Water’s big infrastructure plans, puts the leakage rate at 57 per cent, and argues if it were to get its leakage rate significantly, all its problems would be solved.

It has been 23 years since plans were first tabled for additional sources of water for Dublin. As many as 10 alternatives were mooted. In the end the preferred option was the Parteen Basin, a reservoir just above Ardnacrusha hydroelectric plant on the Lower Shannon. It is proposed that, in the long-term, it will provide the additional 330 million litres a day that Irish Water says will be needed by the Dublin region by 2050, when its population is projected to grow to 2.1 million.

It will require an investment of up to €1.3 billion plus a 170km pipe. Extracting the water will mean a 2 per cent fall in the waters available for Ardnacrusha.

The benefit, says Grant, is it will allow the risk of failure to fall from 20 per cent each year to an “international norm” of 2 per cent as there will be a 100 million litre buffer.

The Government is fully behind the scheme, and the two largest Opposition parties are also tacitly supportive, albeit with reservations. Locally, however, there is strong opposition among landowners and politicians.

“Water is a much sought-after commodity,” says Michael O’Meara, an independent councillor from Lorrha, Co Tipperary. “The pipe will be going through farms. Dublin is taking everything from us and giving us nothing back.”

The pipe will involve digging trenches up to 4m deep. Farmers are concerned about its impact on their land, and what will happen in the event of a leak.

Irish Water has held a series of local meetings, and will respond to the public consultation phase next month. It hopes to have its planning application, complete with environmental impact assessments, ready by summer 2019, and for the project to be completed by 2025.

The most formidable opponent has been Kennedy, a Europe-based corporate lawyer. She has assembled a big body of analysis to challenge Irish Water, with the main focus of her criticism surrounding her claims that if Irish Water fixed its leak problems, it would not need to go to Parteen (although she accepts that 5 per cent is not realistic).

The proposed pipe will go through the farm of her husband’s family. She says the leakage rate in Dublin is one of the worst in the developed world. She also argues Irish Water’s calculations of future needs is wrong, and that its projected deficit for 2050 is grossly overestimated.

“If Dublin had normal levels of leakage it would have enormous spare capacity without having to increase its water supply at all,” she has argued.

There is wide acceptance that bringing the leaks down to single figures is not realistic. And many argues that the economic and social cost of bringing it much below 20 per cent is just too high.”

There is wide acceptance that bringing the leaks down to single figures is not realistic. And many argue the economic and social cost of bringing it much below 20 per cent is just too high.

Prof Micheál Bruen of UCD’s Dooge school said when he compared leakage rates in European cities, those with the lowest rates tended to be “new” cities built after the second World War.

Many of Dublin’s pipes are under the main roads, and upgrading them would involve many months of Luas Cross-City-type disruptions.

“It’s not an either or scenario. There’s a limit on what action can be taken,” says Bruen. “With big leaks there is a quick gain. They are the low-hanging fruit. Later as you deal with the smaller leaks it becomes less cost-effective.”