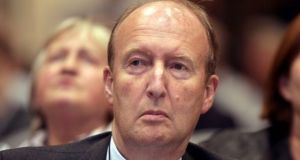 Shane Ross was responding to a strongly-worded attack on the company in the Dáil Richard Boyd Barrrett. Photograph: Matt Kavanagh

The transfer of the Dún Laoghaire Harbour Company to local authority control is taking too long, Minister for Transport and Tourism Shane Ross has said.

“Dún Laoghaire is certainly the slowest of these ports that will be taken into local authority control,’’ Mr Ross said.

“I accept the delay in decision-making and progress in any direction is not satisfactory.’’

The company, which is the State enterprise responsible for the maintenance and development of the harbour, is to be transferred to the control of Dún Laoghaire-Rathdown County Council under the Harbours Act 2015.

Mr Ross said the council had commissioned consultants to conduct the “due diligence’’ of the company and had recently forwarded a draft report for the company’s consideration.

He said he also understood both sides had established transitional teams to work on the practical issues associated with the transfer.

Mr Ross was responding to a strongly-worded attack on the company in the Dáil by Dún Laoghaire AAA-PBP TD Richard Boyd Barrrett.

He urged Mr Ross to “seize control of the harbour from this dysfunctional quango’’.

Mr Ross said “seizing control’’ was emotive language and the kind he himself might have used from the Opposition benches, but not in Government.

However, he said he shared Mr Boyd Barrett’s impatience and his views on the “doubtful nature’’ of some of the schemes, such as cruise terminals, which had been put forward.

Mr Ross said he had heard of other projects that sounded “somewhat exotic’’ but were not particularly profitable.

Mr Boyd Barrett described the company as “a rogue company’’ acting as a “completely unaccountable law unto itself”.

He said the company had sent a notice to the Genealogical Society of Ireland saying it was to be evicted from its premises on Carlisle Pier.

He added the society’s eviction was just another instance of a company that had attempted to sell off parts of the harbour, talking about a “flotel’’, and wanted to borrow €18 million to build a cruise berth nobody wanted.

Mr Ross said he was not aware of the situation involving the society but thought it “alarming’’ to hear it was happening. He added he would give a commitment to find out if there was another side to the story and report back to Mr Boyd Barrett.

Mr Boyd Barrett said the company could not be allowed to work up “harebrained plans’’ nobody wanted and try to sell off and lease parts of the harbour.

What was required, he said, was a national maritime diaspora and sports amenity in the harbour which would be a major boost to Dún Laoghaire, the Dublin region and the entire country.

Mr Ross said the process of transferring governance and the future operational structures of the port were primarily matters for agreement between the council and the harbour company.