People who paid water charges likely to be repaid in full 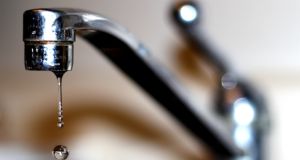 A full refund for people who paid their water charges is to be recommended by the the Dáil committee that is examining the future of water service funding in the State. Photograph: iStock

A full refund for people who paid their water charges is to be recommended by the Dáil committee that is examining the future of water service funding in the State.

The group of 20 TDs is to meet on Tuesday and on Wednesday to agree the contents of its final report, which is to be sent to the Dáil in time for a vote on its findings on March 13th.

It is understood that consensus has been reached on a number of issues, including returning money to those who paid their bills.

The method has not been decided, with members to examine whether Irish Water should give a cash payment, if Revenue should offer a tax credit, or whether an opt-in, opt-out system should be developed.

There has also been agreement in principle not to pursue those who did not pay their bills due to the costs attached.

However, committee members are to seek estimates on the costs of both options before making a final determination.

It is understood that committee chairman Pádraig Ó Céidigh, an Independent Senator, held a private session with the committee last week where consensus was reached on some issues.

This would require a further roll out of a universal metering programme, which may prove politically difficult.

Members are examining whether an opt-in can be operated or whether all new builds should have meters installed.

The committee has agreed that water charges should be funded through general taxation and insisted no new tax or levy should be created.

Members will receive the wording of the report over the coming days but Fianna Fáil and Fine Gael will have to consult their parliamentary parties before making any decision.

Fianna Fáil TD Barry Cowen and Fine Gael TD Martin Heydon, who are on the committee, have insisted that nothing is agreed until everything is agreed.

Meanwhile, the Right2Water campaign, which led opposition to the water charges, will hold a meeting on Wednesday to decide its next course of action.

Anti-Austerity Alliance TD Paul Murphy and Sinn Féin TD Eoin Ó Broin both told The Irish Times they would not sign up to a report that provided for charges for excessive usage.

Mr Murphy said a decision would be taken this week on whether national demonstrations should coincide with a Dáil vote.

Water charges have been suspended until April 1st, meaning the levies will return unless action is taken by that date.