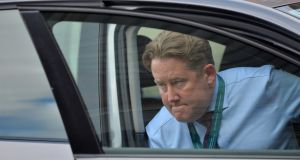 Last year then minister for housing Eoghan Murphy sparked an angry backlash when he compared co-living to a “very trendy kind of boutique hotel-type” accommodation.

By the time he departed office Murphy was a totem for critics of Fine Gael housing policy.

Co-living was supposed to appeal to a footloose brand of millennial who didn’t want to be tied down and would eagerly embrace the modish perks of affordable accommodation options. Who needs a mortgage when you have cocktail-making classes? However, trendy stereotypes didn’t survive contact with reality.

A policy review on co-living completed by the Department of Housing includes a case study of a London development where the average age of inhabitants was 29-30 and the average rent was £1,100- £1,400 for a 16 sq m room.

Older millennials are now in their mid- to late-30s, and many want secure, affordable homes in which to start families – or at least that option. For this cohort the co-living debate crystallised the sense that housing policy wasn’t designed for them.

In February’s election, housing was cited as the most important issue by 38 per cent of 25- to 34-year-olds. Sinn Féin, with its strong and consistent message on housing, won the argument among this age group (31.7 per cent to Fine Gael’s 17.3 per cent), but also narrowly beat both Fine Gael and Fianna Fáil among 35-49-year-olds, a cohort that includes these older millennials.

Away from politics, the policy review drawn up for the new Minister, Darragh O’Brien, broadly supports reform of the system. It found that nine of the 14 development applications submitted in Dublin – all are in the capital – were outside the city centre, with many remote from the parts of the city where jobs are most densely concentrated.

In analysing existing applications it found new regulations might be needed to tackle emerging issues, such as explicit minimum limits on living space per person and precise specifications on what constituted adequate kitchen or dining facilities. Some applications envisaged up to 46 units sharing cooking and dining facilities.

However, the review shows O’Brien has taken the nuclear option of those available to him. In fact, officials pointed out the State had banned only one class of development before: nuclear fission power stations.

Critics will point out that not a single co-living bed has been built in the State. They will also say the policy review offered less dramatic options than a ban, and argue the overall size of the sector remains fairly small.

Despite this O’Brien’s letter to his officials is resolute: his view is that the volume of applications coming through could drive up the price of land, undermine policy goals and lead to co-living playing a larger role than envisaged.

The Government argues its housing policy is focused on household formation, and underpinned by the ultimate goal of home ownership. Therefore it’s not surprising it will seek out high-visibility examples to support this argument.

The new approach cuts across a policy that was vigorously defended by Fine Gael – not to mention drawn up by the department O’Brien now heads up. It will discommode many wealthy investors who were queuing up to sink millions into Irish co-living projects.

While the political allure of this policy is clear, it is not without risk. O’Brien and his colleagues will hope the reward is worth it.