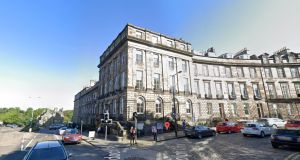 Ireland’s diplomatic representation in Britain is set for a major expansion with the opening of a consulate general in Manchester covering the North of England.

The Government notified the British foreign office of its plans last week and the new consular office is expected to open in the first half of 2021. Minister for Foreign Affairs Simon Coveney made the announcement ahead of a virtual visit to Dublin on Monday by the mayors of Greater Manchester and the Liverpool City Region.

“Moving ahead with plans for a new Consulate in the North of England is a really strong signal of Ireland’s commitment to the Irish-British relationship. When opened, this new Consulate General at the heart of the north of England will upgrade our capacity to advance our commercial interests and our cultural and people-to-people links,” Mr Coveney said.

“I am especially delighted to be making this announcement today as the Tánaiste and I prepare to welcome a virtual visit from Andy Burnham, mayor of Greater Manchester, and Steve Rotheram, mayor of the Liverpool City Region.

“Enhancing our collaboration with regional and local government in Britain will be a big part of our work to deepen Irish-British links. We look forward to a valuable exchange with mayors Burnham and Rotheram today, who between them represent areas with a combined population of 4.3 million people and with deep historic links to Ireland. ”

“The northwest of England is a very dynamic business environment. Reflective of this, in 2019, Enterprise Ireland opened a second office in the UK, based in Manchester, to develop and sustain Irish export growth to the UK. In the northwest of England there are particularly strong opportunities in infrastructure, housing, clean energy and transport, healthcare and manufacturing.

“While Brexit introduces challenges and complexity to the market, the UK will continue to be an important and attractive market for Irish enterprise.

“In 2019, Enterprise Ireland client companies achieved the highest ever recorded exports to the UK and overall grew by 2 per cent to €7.9 billion. We look forward to working with the Consulate General to strengthen Ireland’s presence in the region,” she said.