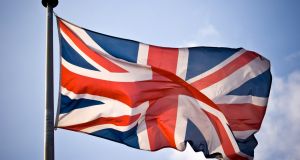 British expats living in Ireland are quicker to blame their fellow Brits for the difficulties posed by the Brexit decision than expats living elsewhere, a study suggests. Image: iStock.

British expats living in Ireland are quicker to blame their fellow Brits for the difficulties posed by the Brexit decision than expats living elsewhere, a study suggests.

The YouGov survey, commissioned by online currency platform CurrencyFair, finds that 48 per cent of British expats in Ireland expect their personal economic situation to worsen in the next 12 months, compared to just 34 per cent of expats surveyed in other EU countries. Some 40 per cent say they have reduced their personal spending due to Brexit

The survey finds 43 per cent say they will brace for a recession in a hard Brexit scenario with those in Ireland most likely to expect this.

Despite the pessimism, 65 per cent of British expats living in Ireland say they would choose to live in Ireland compared to all other countries in the EU.

Expats are less favourable towards leaving the EU without a deal (16 per cent), especially expats residing in Ireland, where only 5 per cent are in favour of this option.

The survey was conducted with an online sample of 664 adults between April 18th April and May 2nd last.