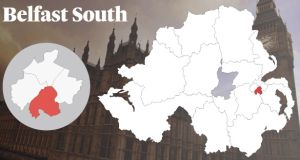 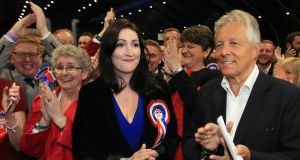 Ms Little Pengelly paid tribute to Dr McDonnell and spoke of the hard work he had put into the constituency over decades and as an MP since 2005. She also paid tribute to her campaign manager, former first minister Peter Robinson, for coming out of political retirement to help her get elected, and said she would work for everyone in the constituency, regardless of party allegiance.

The SDLP and Sinn Féin could not agree on an electoral pact ahead of the poll and therefore votes were split across the constituency, leaving it open for the DUP win.

Dr McDonnell wished Ms Little Pengelly well and pledged to work with her for the good of the constituency, which voted to remain in the EU last year.

“I welcome her very positive remarks that she will attempt to represent all of us in South Belfast.

“I am particularly concerned about the fact that South Belfast was very substantially pro-Remain and wishes to ensure that whatever sort of Brexit comes out . . . Northern Ireland needs a good relationship, a strong relationship with Europe. ”