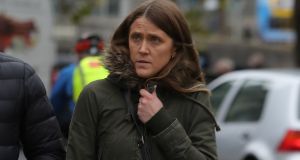 A woman who claimed she suffered first-degree burns during laser treatment on her face has been awarded €30,000 damages by the High Court.

Jolanta Skaudvilaite, a retail assistant, was off work for ten days after she went to a beauty salon to have laser treatment on her cheeks.

She claimed she was exposed to laser treatment that was liable to cause burns and there was failure to ensure proper laser equipment was provided in her treatment.

She further claimed the standard of laser and or beauty treatment was allowed to fall below common acceptable practice.

The claims were denied, but Mr Justice Kevin Cross was told the solicitor for Alchemy Beauty had come off record - ceased to represent the client - in the case.

In evidence, the plaintiff said her cheeks hurt after the treatment. When she rang the beauty salon, it was very surprised, she said.

She could see something was wrong with her cheeks, and she went to a doctor and was put on antibiotics. She said the cheeks slowly healed, with her right cheek taking longer.

Answering her barrister, Anthony Lowry BL, Ms Skaudvilaite said she also had to take tranquilisers for a time because of the upset involved and in the first week had been to see a doctor about three times.

Although her cheeks have cleared up, they can be sensitive at times, she added.

A report from a plastic surgeon handed into court said there had been subtle changes to the pigmentation in her right cheek, and she has been advised to use sunblock when outdoors.

Making the award, Mr Justice Kevin Cross said Ms Skaudvilaite’s GP had reported she was upset and conscious of the burns.

The GP also reported the burns healed within two weeks without scars but there was a higher pigmentation in the right cheek. She was also out of work for ten days.

The judge said he accepted the injury should not have happened.

The injuries were nasty for Ms Skaudvilaite, but she had made a good recovery and had not exaggerated her complaints, he said.