Disagreement over who should pay for scheme is not causing delay, says Northern Secretary 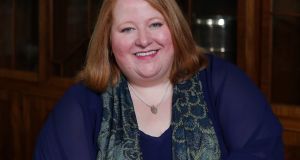 The North’s Minister of Justice, Naomi Long, has said her department is willing to administer the scheme. Photograph: Kelvin Boyes/Press Eye/PA

The North’s Secretary of State has said the disagreement between the UK government and the Northern Executive over who should pay for a pension scheme for victims of the Troubles is not to blame for the delay in the scheme’s introduction.

“Discussions about funding are not preventing the Executive from being able to progress implementation,” Brandon Lewis wrote to the chairman of the Northern Ireland Affairs Committee, Simon Hoare, on Thursday. “The key step to unblocking progress is the designation of a department to provide administrative support to the Victims’ Payments Board.”

The North’s Minister of Justice, Naomi Long, has said her department is willing to administer the scheme. This has been accepted by the DUP but not by Sinn Féin, which said “it does not make sense to nominate a department to lead on the scheme before all outstanding issues have been resolved in relation to the eligibility criteria and the source of funding .”

Mr Lewis said it was now up to the Northern Executive to implement the scheme so that victims of the Troubles could begin receiving payments. “It is imperative that Sinn Féin, along with all the parties, enable the scheme to move forward as the time for delay is done,” he said.

Legislation to provide a pension scheme for people who suffered physical or mental injury “through no fault of their own” as a result of the Troubles was introduced by the Secretary of State in January, and should have opened for applications on May 29th.

Payments will range from £2,000 to £10,000 per year and will cover injuries sustained between 1966 and 2010. Anyone injured in the UK; and UK or Northern Ireland citizens injured in Europe, are potentially eligible to apply.

However the scheme has stalled; the government department in Northern Ireland which is to oversee the administration of the scheme has not yet been designated, and the Northern Executive and the UK government are deadlocked over who should pay the estimated £100 million cost.

The Executive maintains it is Westminster’s responsibility, as the legislation was introduced in the UK parliament, includes victims from throughout the UK, and the majority of incidents occurred during a period when Northern Ireland was governed through direct rule from London.

The UK government maintains it has always been the case that the scheme was to be paid for out of Northern Ireland’s block grant – the money the Northern Executive receives from Westminster to fund public services in the North.

Sinn Féin is also challenging the eligibility criteria, which it says is discriminatory because it excludes anyone who has served a prison sentence of more than two-and-a-half years – whether or not the conviction was Troubles-related – and runs contrary to the legal definition of a victim in Northern Ireland.

Mr Lewis said the eligibility criteria were “already set in legislation and provides a fair basis for helping those who suffered most throughout the Troubles”.

This is also contested by the Belfast-based victims and survivors group Relatives for Justice, which said the Northern Ireland Office (NIO) has acted “shamefully” and has “produced legislation that is clearly discriminatory and will potentially exclude thousands of people who have suffered horrendous harms mostly at the hands of state forces.

“The NIO need to stop playing politics with victims in order to suit their narrative of the conflict,” a spokesman said. “They need to amend the legislation in order to resolve this matter.”

However, Kenny Donaldson, from Innocent Victims United, said the British government must follow through on the commitments on eligibility made in the legislation.

“The UK government must finish the job it started,” he said. “It needs to understand the gravity of these issues and what capitulation would signify to innocent victims and survivors of terrorism.”

Other sources within victims’ groups suggested the question of eligibility might ultimately be resolved through a legal challenge once the scheme is operational.

On Wednesday the North’s victims’ commissioner, Judith Thompson, wrote to the UK prime minister, Boris Johnson, asking for an end to the “shameful stand-off” which has become “the ultimate insult to those victims and survivors who campaigned for years to be acknowledged, respected and valued,” she said.

Responding to a question from the shadow Secretary of State, the Labour MP Louise Haigh, in the House of Commons on Thursday, the NIO minister Robin Walker said any attempts “to reopen questions which have already been settled around the definition of the victims or the role of the independent panel are totally unnecessary and actually would upset the vast majority of victims who we want to get on and help through this scheme.

“The Executive is responsible for delivering this much-needed scheme and needs to communicate a timetable for opening the scheme urgently.

“This current delay and a lack of clarity cannot be allowed to continue,” he said.