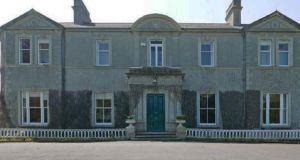 Lulani Dalguise, a property company involving developer Bernard Doyle, is seeking to build in the grounds of Dalguise House off Monkstown Road.

Plans to build almost 300 apartments in blocks up to nine storeys high in the grounds of a historic house in Dublin’s Monkstown would have an “obnoxious visual impact” and could create a “huge rental ghetto” in Monkstown village, according to locals.

Opposition is mounting to plans by Lulani Dalguise, a property company involving developer Bernard Doyle, to build eight blocks of 276 apartments and 22 houses in the grounds of Dalguise House, off Monkstown Road, close to the seafront, Dart station and village.

The application to An Bord Pleanála, made under the strategic housing development (SHD) system, would also see the large early-19th century villa divided into two separate houses, with a creche in the basement.

Locals said the apartment scheme “threatens the very fabric of our beautiful village”. The Irish Georgian Society said it would result in the “irretrievable loss of what may be the largest surviving 19th-century garden in the Monkstown and Dún Laoghaire areas”.

A letter circulated in the village, signed by a number of local residents, said the development of the nine-acre Dalguise lands with a “sympathetic” housing scheme would be “an appropriate addition” to the low-rise village.

However, residents believed the apartment scheme is likely to be purchased in its entirety by an institutional investor and become a “monster development of 300 transient resident homes” creating a “huge residential ‘ghetto’.”

The density of the scheme was likely to produce detrimental environmental consequences, and the development would be a “massive eyesore with obnoxious visual impact”, the letter stated.

Monkstown Road resident David Harvey, one of the signatories of the letter, said the development would “be like landing the Dundrum Town Centre in the middle of a village”.

The economic model for apartment development that had emerged in recent years meant it was inevitable the development would stay in the rental market “in perpetuity”, he said.

Chris Craig, another signatory to the letter said there were serious environmental concerns with the project, including the increased strain on the overloaded sewage system, which periodically broke down resulting in swimming bans at Seapoint, and air pollution which would result from carbon emissions due to the construction of such a large scheme.

The Irish Georgian Society said it was greatly concerned that a “ potentially important historic garden” would be lost through the construction of the scheme, and “in doing so, that a significant heritage site would be consumed by a major residential development”.

In the application to the board, the developer’s architectural consultants, Arc, said parts of the development would be visible from Dún Laoghaire’s West Pier but would “present a small element in the overall view”. The visual impact on the surrounding houses would range from “none” or “imperceptible” to “moderate”.

The planning application does not state the development is a build-to-rent project. Mr Doyle did not respond to requests for comment.