University of Limerick staff set to be balloted over industrial action 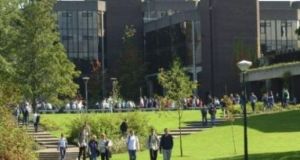 Earlier this month the university published a strategic plan which will see it develop a new campus in the heart of Limerick city.

Union members at the University of Limerick (UL) look set to be balloted for industrial action and have been warned against co-operating with key strategic projects management are seeking to roll out over what union officials have described as an absence of “proper consultation”.

Members of the Unite union have been told not to take part in any “initiatives, meetings or pilot studies” that it is currently in dispute with UL management over.

Earlier this month the university, which is getting ready to celebrate its 50th anniversary, published a strategic plan which will see it develop a new campus in the heart of Limerick on the site of an old Dunnes Stores which has been lying vacant for several years.

UL said the moves would help it to create in excess of 330 additional jobs and recruit up to 4,000 students over the next five years and it could see staff numbers climb to almost 2,000.

However certain element of the strategic plans and a “work allocation model” pilot study are among the concerns raised by Unite union and this week it said it needed to be “formerly involved” in future developments.

Setting the stage for a dispute with management, the UL union executive sent a letter to headquarters in Dublin seeking the green light for a ballot over what it has described as long delays and inadequate levels of consultation on issues affecting all grades of staff.

The letter said that “no meaningful information/consultation has taken place” and added that implications called for proper consultation and/or negotiation to be commenced “to insure no negative consequences for current staffing issues”.

The Irish Times has contacted UL management and at the time of writing a response had not been received.

The Boris bridge: Will Johnson’s ‘vanity project’ ever happen? 16:08
Flooded Co Clare houses evacuated as rainfall warning issued for most counties 15:07
‘The IRA has gone and they are not coming back. That’s the reality’ 15:06
Sinn Féin to hold public meetings around country to rally support for government efforts 10:59
Gardaí wish to speak to taxi driver after girl dies in Cork car crash 10:08