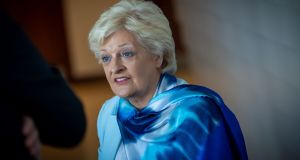 The trade union movement has walked out of the Low Pay Commission, saying it was not prepared to sign up to a proposed increase of 10 cent per hour in the national minimum wage.

The commission was established by the Government in 2015 to advise and make recommendations to Ministers on the national minimum wage. It has an independent chairman appointed by the Government and involves trade unions, employers and campaign groups.

The withdrawal on Tuesday evening by the Irish Congress of Trade Unions (Ictu) raises questions about its future.

Last year, the Low Pay Commission recommended an increase of 30 cent to the minimum wage for adults, bringing the rate to €10.10 per hour. Earlier this summer, it deferred making a recommendation to the Government on a new rate for the national minimum wage until September.

It is understood there was strong disagreement between members on the issue at the time.

On Tuesday evening, the general secretary of Ictu Patricia King said: “We could not in conscience be party to any recommendation that did not afford the lowest paid workers in the Republic of Ireland an increase in excess of two per cent similar to other sectors in our economy.”

Ms King said it had become clear to her and the other trade union representative on the commission, Gerry Light of the Mandate union, “that other members of the commission were not prepared to propose an increase for 2021 beyond one per cent ie. 10 cent.

“If we have learned anything as a society in this pandemic it is that we must value work and those who carry it out. We must make work pay.

“Many of the workers on the minimum wage form part of the cadre of essential workers who have helped keep our economy going through this Covid-19 pandemic. It is therefore completely unacceptable that they and other workers who are the lowest paid in this state would not be afforded decency and fairness by receiving a modest minimum two per cent increase in the National Minimum Wage.

“The lowest paid in our society suffered disproportionately during the last recession and we won’t be party to a process that leaves them behind.

“Therefore it is with regret, but with clarity that we can no longer be part of this Low Pay Commission. There can be no going back to the old ways where the lowest paid are left behind. We will continue to campaign through other fora for a just increase,” Ms King said .