Two men arrested after handgun and car seized in Dublin 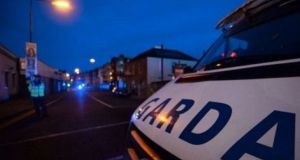 Vehicle was stopped as part of a routine traffic patrol at 10pm on Friday.

Gardaí arrested two young men and seized a handgun from a car on in the North Strand, in inner city Dublin on Friday night.

The vehicle was stopped as part of a routine traffic patrol at 10pm on Friday after gardaí became suspicious, and questioned two men in their 20s in the car.

Following the search of the first vehicle gardaí carried out a follow-up search of the area and seized a handgun from a second car.

The two young men were then arrested in connection to the incident and were brought to Mountjoy Garda station for questioning. The car was also seized.

It is unclear whether the two men or the incident is connected to gangland activity in inner city Dublin, but a spokesman from the gardaí outlined “investigations are continuing”.

Gardaí have routinely set up traffic checkpoints in the inner city and North Dublin as part of an ongoing operation into combating gangland crime over the last year and a half.