Trinity Access Programme encourages people to go on to university

What do a Burmese refugee and an inner-city grandmother have in common? A chance of a degree 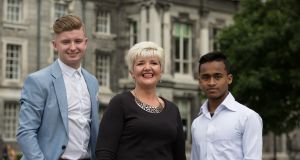 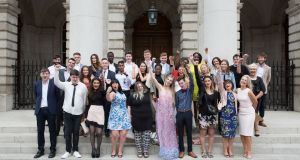 Among 38 graduates from the Trinity Access Programme (TAP) in Dublin on Friday was a Burmese refugee and an inner-city grandmother.

TAP encourages people, particularly those under-represented in higher education, to go on to university.

Carol Deans (41), from Ballybough in Dublin, has three sons and a grandson. “I was very reluctant to apply and then I said, ‘Well, do you know, I’ll just put in an application and what happens from there happens’, never dreaming in a million years that I would succeed in getting a place, never mind qualifying in the end.”

It was “tough, tough – boot camp for the brain”, but “definitely worth it”.

She now wants to go on to do a degree in world religions and theology. “I think, maybe the way the world is going, we need more people that can try and get some kind of understanding of religions and what’s happening in the world at the moment.”

Mansur Alam (20) is originally from Burma. “I live in Clondalkin now, eight years this month. I came here when I was 12. We came here as a family together, as a refugee. The government of Ireland, they brought us here from a Bangladesh refugee camp.”

In primary school, he started in sixth class, “where I just learned basic English. I had to start from the beginning. I didn’t go to school or anything like that [in Asia]. Secondary school at Moyle Park in Clondalkin, that’s where I started my education.”

He heard about TAP from his guidance counsellor.It was “a bit difficult, the interviews and all, but it’s amazing. It was probably the best thing I ever done.”

He is now applying for a course in health science in Trinity. “Since I came here I always had an interest in health. My younger brother was always sick, a problem with his heart. He has to visit hospital all the time”