Two festivals cancelled in west Cork due to Covid-19 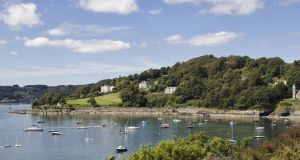 The town of Bantry in west Cork has suffered a blow to its tourism industry as two artistic festivals are to be cancelled due to the coronavirus pandemic. Photograph: Education Images/Universal Images Group/ Getty Images

The town of Bantry in west Cork has suffered a blow to its tourism industry as two artistic festivals are to be cancelled due to the coronavirus pandemic.

The organisers of the West Cork Literary Festival have decided to cancel this year’s festival which was scheduled to take place between July 10th and July 17th and expected to attract thousands to Bantry.

The organisers said they understood how disappointed audience members would be at the cancellation but they were looking into ways in which they could present online options and details would be released in due course.

“This decision will lead to the loss of essential income for the writers who are at the heart of the festival. A cancellation fee will be paid to all writers who were booked for the 2020 West Cork Literary Festival,” they said.

“This decision will lead to the loss of essential income for the freelance musicians who are at the heart of the festival. They are already facing serious financial hardship with months of work cancelled.

However in an effort to “soften the cancellation of the 2020 West Cork Chamber Music Festival”, West Cork Music is simultaneously releasing Lyric’s recordings of the 2019 Festival.