Tributes paid to Irishman who died after fall in New York 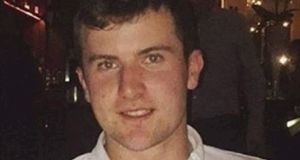 Ciarán O’Boyle (22), from Longford, who has died after an apparent fallin New York. 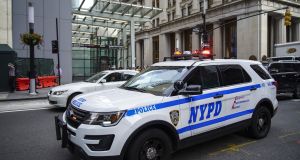 Tributes have been paid to a 22-year-old Irish man who died following a suspected fall in New York earlier this week.

The New York Police Department identified the man as Ciarán O’Boyle, who was staying in Brooklyn.

It is understood he was visiting the US on a J1 visa.

Police responded to a 911 call on Tuesday night and found him lying unconscious and unresponsive outside a building on Gates Avenue.

Police said the injuries he suffered were “consistent with falling from an elevated height”.

Mr O’Boyle was taken to Woodhull hospital where he was pronounced dead.

Police in New York are not treating the death as suspicious.

A spokeswoman for the NYPD said the ongoing investigation did not indicate there were any criminal circumstances and said the New York medical examiner would determine the cause of death.

The Department of Foreign Affairs said it was aware of the man’s death and was providing consular assistance to his family.

Mr O’Boyle attended St Mel’s College in Longford. Members of his family have flown to the US to make arrangements to have his body brought home.

In a statement Longford GAA New York sent their deepest sympathies and condolences to his family “following his sudden and tragic death. May He Rest In Peace!”

His local club, Clonguish GAA, paid tribute to the young man in a statement on Facebook.

“The club would like to extend its deepest and heartfelt sympathies to the O’Boyle family on the tragic and untimely loss of Ciarán. To his mum and dad, Paddy and Jacinta and to his brothers Kevin and Patrick and sister Rachel and to all his extended family and friends,” it said.

Both his brothers play for the club on the senior and minor teams, and Ciarán was a former player. “Our thoughts and prayers are with the O’Boyle family at this very difficult time,” the club said.