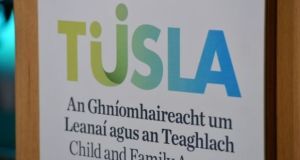 Among the unallocated Tusla cases there were 81 disclosures from adults reporting alleged abuse that had taken place when they were children. Six of those cases related to convicted sex offenders, which all required “urgent assessment/follow-up”.

The independent review, seen by The Irish Times, was completed in May 2016, but its findings have never been made public.

In late April 2015, Tusla, the Child and Family Agency, was thrown into controversy over a significant backlog of unallocated cases in the Midlands.

At the time, Tusla disclosed about 700 “previously unidentified files were discovered in the Laois-Offaly area”, which drew significant media and political criticism over standards.

Then minister for children James Reilly said the problem had “come to light at local level and was notified recently to Tusla senior management”.

However, an independent review into the controversy found local staff had flagged concerns about a growing backlog in the under-resourced office as far back as 2013.

The backlog had been known to Tusla, and describing the files as unidentified was an error that “damaged the reputation of the agency”, the review, conducted by industrial relations expert Janet Hughes, found.

It also found that among the unallocated cases there were 81 disclosures from adults reporting alleged abuse that had taken place when they were children.

Six of those cases related to convicted sex offenders, which all required “urgent assessment/follow-up”.

The review concluded that many of the case files, stored in a filing cabinet, required “urgent attention”. A significant number of retrospective reports of abuse “received little or no action over a period of years and some of these were a cause for urgent concern”.

“The crisis in Laois was part of an organisational failure, not a failure to recognise the existence of a serious problem, but a failure to deal with that problem quickly, effectively and consistently,” the report said.

“Staff in Laois first highlighted concerns in 2013 through reports and meetings,” it said.

Independents4Change MEP Clare Daly said the report raised “incredibly serious questions about governance in Tusla, and the organisation’s capacity, at the most senior executive level, to perform its child-protection functions”.

Shortages of experienced staff was one – but not the only – issue contributing to the problem in the Midlands area, the review said.