Tributes paid to founder of Women Are Boring blog 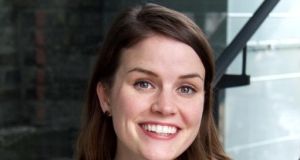 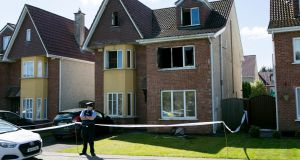 A Garda stands outside a house where Grace McDermott died in a fire in Riverbank, Annacotty, Co Limerick. Photograph: Brian Gavin Press 22

Tributes have been paid to women’s equality activist Grace McDermott, who has died in a fire at a house in Annacotty, Co Limerick.

Ms McDermott, who was in her late 20s and originally from New York, was the co-founder of the popular blog Women are Boring.

Her body was found by firefighters in a bedroom on the second floor of a three-storey detached house at The Oaks, Riverbank, Annacotty, which was destroyed in the fire early on Monday morning.

It is believed the fire started as a result of an electrical fault involving a mobile phone charger in the bedroom where Ms McDermott was sleeping.

Described as an “inspiration” and a “beautiful, talented person” by those who knew her, Ms McDermott lived in Dublin, where she was studying for her PhD in Dublin City University.

She had received a scholarship from the DCU school of communications for her PhD, which was researching Islamophobia in the US media.

She set up the Women are Boring with her friend Catherine Connolly in an effort to raise awareness of women’s research and work in academia.

I will continue the project (Grace would be so mad if I stopped!) but will need a little time. Thanks to all for your support - Catherine.

Ms Connolly, who is also a PhD candidate at DCU, said McDermott touched so many lives and was an inspiration to so many people.

“Grace was a deeply loving daughter, a sister, a fiancée and a friend. She loved her family in the US, and her fiancée Colin, so fiercely,” Ms Connolly said.

Ms Connolly said she and Ms McDermott were due to celebrate the first birthday of Women Are Boring on May 5th.

“Grace was so passionate about Women Are Boring and all the inspiring, exciting, and important academic work and research being carried out by women all over the world. She truly believed in the ability of academic research to affect change, and in the importance of public engagement with research, “ she said. “Grace was also a committed and inclusive intersectional feminist, who lived life according to her principles and always argued for what she believed was right. She was so clever, and so funny, and had a keen critical mind.”

According to Garda sources, Ms McDermott had travelled to Limerick with a female friend for the bank holiday weekend and had booked accommodation in a hotel in the city. She was one of 12,000 other competitors who participated in the Barrington’s Hospital Great Limerick Run on Sunday.

Garda sources said she had lost her hotel room key and stayed over with college friends in Annacotty. Three men, members of the UL Bohemians rugby team, and a woman escaped the fire uninjured.

Gardaí have ruled out foul play.

Started last year in May, the Women are Boring blog quickly became popular both in Ireland and internationally, picking up tens of thousands of views in its first two months online, from more than 95 d countries. It has featured numerous women researchers and academics from Ireland and around the world. The blog covered topics from women’s underrepresentation in the media, to gender inequality, science, art, and politics, as well as featuring a broad range of research articles from female academics.

Dr Eugenia Siapera, a lecturer in DCU and Ms McDermott’s PhD supervisor, said she was shocked by the death. “She was a beautiful person, and one of the most talented and bright PhD students,” Dr Siapera said. “It really is such a tragic loss, you can see she had a real social conscience and was really well liked by students.”

Dr Siapera said she first met Ms McDermott in 2014, when she was completing her Masters degree in the University of Limerick. “She combined academic research with social issues, that is what set her apart,” Dr Siapera said.

Ms Connolly said she will be continuing the Women are Boring blog. “I’m going to put the project on a short hiatus, but it will be back - it is now a small part of Grace’s substantial legacy, and I owe it to her, and to everyone who has contributed to the blog and who we had lined up to contribute, to keep it going”.

A DCU spokeswoman said “staff, students and community of DCU were shocked and saddened to learn of the deaths of two of our students, Joanna Duignan and Grace McDermott, in tragic circumstances this weekend. The university is offering every assistance to their families and friends at this very difficult time”.