The Question: Is coffee good for you?

The World Health Organsation has reversed its view that coffee may be carcinogenic. But as it’s a hot drink it could still be dangerous. Which doesn’t exactly clear things up 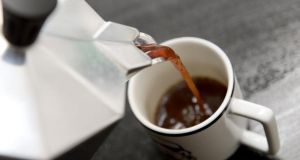 Danger here?: you can drink coffee with peace of mind – at least until new evidence suggests otherwise

Health guidelines are notoriously fickle, as the accumulation of evidence changes scientific thinking. Who can keep track of the latest recommendations, as red wine goes from encouraged to discouraged and back to encouraged, while red meat goes from obligatory to seriously risky?

The latest dietary volte-face came this week from the World Health Organisation, and it concerned coffee. The supposed health benefits of the perennially popular beverage have long been contested, with advocates and addicts playing up its positive effects, while sceptics won’t touch the stuff.

Until now the WHO had classified coffee as “possibly carcinogenic to humans”, like lots of things. The, on Wednesday, the International Agency for Research on Cancer, a self-explanatory arm of the organisation, reversed its previous classification, saying that there is inadequate evidence for its carcinogenicity – and that it has found evidence that coffee may reduce the risk of certain cancers, such as that of the liver.

All in all the report is a win for those of us who go through a few shots of espresso a day.

But the agency did find that very hot drinks are probably carcinogenic – which, given that coffee is a hot drink, doesn’t exactly clear things up.

“Studies in places such as China, the Islamic Republic of Iran, Turkey, and South America, where tea or maté is traditionally drunk very hot (at about 70 degrees), found that the risk of oesophageal cancer increased with the temperature at which the beverage was drunk,” the report stated.

That’s true of drinking very hot water, too, the report says. Coffee is rarely consumed at such high temperatures: it’s usually closer to 60 degrees in Europe and the US.

And in the US the official recommendation is that drinking between three and five cups of coffee a day helps reduce the risk of cardiovascular disease and type-2 diabetes.

So you can drink your coffee with peace of mind. At least until new evidence suggests otherwise.