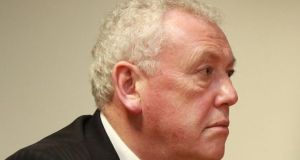 The oversight of intelligence and surveillance by State agencies is not robust enough, former minister for justice Dermot Ahern has said.

Mr Ahern said during his time as minister it was his duty to sign warrants for wiretapping and other covert monitoring for the Garda and Defence Forces “on a weekly basis” and that such surveillance was under the annual oversight of a retired judge.

“To a certain extent I often thought that was perhaps quite a pro forma operation,” he told the Sláindáil National Security Conference in Dublin City University. “And I say that with due respect to the people involved.”

Typically a short report is published yearly by a retired judge stating in basic terms that the security services are in compliance with the relevant law.

Mr Ahern said covert surveillance was extremely important to combating terrorism and serious crime but “I always felt that under the legislation, the oversight wasn’t as robust as it should be”.

Retired Garda assistant commissioner John O’Mahony who, as head of the Garda Crime and Security branch, was effectively the State’s senior intelligence officer said the force “has never had an issue with oversight”.

He said the Garda had significant oversight and the retired judge responsible for monitoring surveillance powers had “access to absolutely everything”.

Currently the Oireachtas has no ability to oversee intelligence and surveillance. Mr O’Mahony said he would not oppose parliamentary oversight “as long it was not turned into a political football”.

On the subject of sharing intelligence between agencies, Mr O’Mahony said in his personal experience the Garda always shared intelligence “where we could”.

“We couldn’t always. Intelligence is not as straightforward as getting it and putting it out there.”

He said it was important to ensure the sources of that intelligence were protected and that sometimes the Garda received intelligence from foreign agencies that it was not able to share, even if it wanted to.

Retired brigadier general Joe Mulligan who served as head of the Directorate of Military Intelligence, also known as J2, said he never had difficulty sharing intelligence “with people who needed to get that intelligence”.

However, he said there was no doubt a lack of centralised control for intelligence agencies in Ireland “is something that is going against the grain”.

He predicted the National Security Analysis Centre which is currently being established to advise the Government would look at this issue in the future.

Mr O’Mahony said Garda intelligence operations were vital to dismantling a dissident republican group and locating a 52kg bomb which was about to be transported across the Border in 2014.

The same group, the Real IRA, later planned to bomb Prince Charles during a visit to Glasnevin cemetery. This plan was foiled and the group’s leadership was jailed.

He said in 2013 the Garda knew of the existence of the group but had no concrete intelligence on its membership and little means of getting someone inside the organisation.

“It’s not a very nice place to be as Assistant Commissioner for Crime and Security.”

He said after much hard work, gardaí were able to piece together the organisation’s structure and then gain intelligence to enable the surveillance which eventually led to the prosecution of its leaders.

“That group has been very fragmented since,” Mr O’Mahony said. “My understanding is today they are not a major threat to State security or the lives of people in Northern Ireland. ”