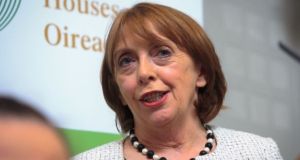 Abolishing cross-subsidisation of private practice in public hospitals would offset the loss of nearly €650 million in income from fee-paying patients, Róisín Shortall has said.

The Social Democrats TD and key author of the Sláintecare reforms said the existing hybrid system in public hospitals permitted doctors to use publicly-funded facilities, ancillary staff and diagnostics to treat their private patients.

In a submission to the new Government-appointed group set up to examine the impact of the separation of private practice from the public hospital system, Ms Shortall said there was “a near total absence of transparency regarding the level of cross-subsidisation from public funds to doctors and senior managers in publicly-funded hospitals, to the health insurance firms that place their clients in those hospitals, and to the supposedly separate private clinics which many voluntary hospitals operate alongside their State-sponsored operations”.

“It is impossible to establish whether we are getting value for money from our public hospital beds, for example, or from our publicly- funded equipment, our consultants or other healthcare staff,” she said. “Without a clear line of sight of resources, transparent data and effective information systems, it is not possible to establish accountability at either administrative or clinical level.”

In a separate submission to the expert group last week the Irish Hospital Consultants Association argued that the Sláintecare report massively under-estimated the cost of implementing its proposals.

It contended that the proposal to remove private practice income from public hospitals would cost in the region of €8 billion per decade when adjusted for inflation or about €800 million per year.

The Sláintecare report said a fund would have to be established to replace the €649million (2016 figure) private patient income in public hospitals between year two and six of the overall ten-year reform plan.

Ms Shortall, who chaired the Oireachtas committee which drew up the Sláintecare proposals, said in her submission to the expert committee that “the significant savings arising from the ending of this cross subsidisation would go a considerable way towards offsetting the loss of private patient income of €649 million referred to earlier”.

Ms Shortall said the Sláintecare report had been very specific about what the remit of the new expert committee should be.

“While separating public and private care in public hospitals will have various impacts on different aspects of general healthcare provision and what can be termed the healthcare commercial market, the committee specified that it is the impact on ‘the public system’ which must be assessed and not the potential impact on commercial interests. I believe that this is a critical point which reflects the determination of the committee that the objective of the reform programme is a fully functioning public healthcare system .”

Ms Shortall said the mix in the current hospital system of private incentive and public interest created “an ungovernable and unaccountable twilight zone, where State-paid senior doctors are richly rewarded for pushing their private patients to the head of the queue for treatment. Inevitably, public patients pay the price for this and must wait even longer to access consultant care”.

She said that while HSE figures nationally showed the agreed 80:20 public:private ratio was being met, this masked the fact that the target is only being achieved because some hospitals preformed exceptionally well in treating public patients and carry out very little private work.

“However, a sizeable number of regional hospitals are significantly off target and this is having an impact on public patients.”

She described as “flimsy self-regulation” the system of clinical directors set up, in part, to police the working hours of consultants in public hospitals. She said there was little evidence that this arrangement had worked.