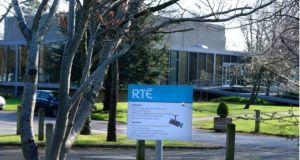 Proposal by management to cut the pay of top-level contract presenters by 15 per cent ‘does not go far enough’, say journalists

Journalists at RTÉ want salaries for top presenters and other senior figures at the broadcaster to be capped at the maximum level of €208,000 paid to the most senior civil servants in the country.

Journalists at the broadcaster said the proposal by management to cut the pay of top-level contract presenters by 15 per cent “does not go far enough”.

The RTÉ sub-branch of the overall Dublin broadcasting branch of the National Union of Journalists (NUJ) passed a motion at a meeting on Thursday calling on RTÉ management to move immediately to reduce payments to top presenters.

The motion said that no one in the organisation should be earning more than the salary of senior secretaries general in the Civil Service – currently just under €208,000.

The motion said that in light of the existential nature of the financial crisis facing the broadcaster “we believe that it is now more than ever indefensible that RTÉ continues to pay exorbitant salaries of close to half a million euro to a small number of people in this organisation”.

“We understand the public anger at this and believe that that anger is justified.

“This measure, which includes those working at the Dutch public broadcaster, was introduced as a result of growing social outrage at high salaries.”

The RTÉ sub-branch of the NUJ said moves to cap pay levels in the broadcaster at the amount paid to those in senior posts in the Civil Service “would be an important first stap towards addressing the valid concerns felt by the public who we serve”.

Talks between trade unions and management at RTÉ on proposals to deal with the financial crisis at the broadcaster are expected to begin next Wednesday .