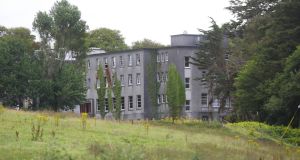 The Government has pledged to engage with local communities around the country as it moves to finalise negotiations on the locations of new regional direct provision centres.

The State has issued tender documents to find accommodation for 5,500 asylum seekers spread across the 26 counties for one-year contracts worth €324 million.

In the southeast, which covers counties Carlow, Kilkenny, Tipperary, Waterford and Wexford, the contracts are for a minimum of 560 people.

In the midlands, which covers counties Longford, Westmeath, Offaly and Laois, accommodation for a minimum of 425 people is sought.

In the mid-west, which covers counties Clare, Limerick and Tipperary, accommodation is sought for 318 people.

Evaluation is under way for bids in the southwest and western region, which covers Galway, Mayo, Roscommon, Cork and Kerry.

Accommodation for a minimum of 1,400 asylum seekers is needed in these areas.

Bids for the mideast region, Kildare, Wicklow, Meath and Louth, will be considered shortly. According to the tender documents, accommodation is needed for a minimum of 1,256 people.

The secretary general of the Department of Justice, Aidan O’Driscoll, has written to the Public Accounts Committee, describing as “highly unsatisfactory” that more than 1,500 asylum seekers were currently being housed in hotels. The situation “can only be short-term”, he added.

“The Department of Justice and Equality needs to find new accommodation centres as the numbers of people arriving to seek international protection in the State continue to rise, figures are up 50 per cent so far this year. Because of a shortage of places in centres, there are now, as of October 29th, 1,531 people in emergency accommodation in hotels and guesthouses,” Mr O’Driscoll said.

“The department has advertised in the national media for expressions of interest from property owners for a short-term contract, usually one year, to meet demand while the regional tender process is rolled out nationally. Centres in Kenmare, Lisdoonvarna, Mallow, Moate and Wicklow were opened in 2018 through this process. Further centres may also be opened through this process.”

The Department of Justice is also running procurement competitions regionally for longer-term centres and accommodation.

“Consideration of all premises in the Dublin and Border areas offered to the department will follow from those competitions.”

The department declined to reveal the locations for the new centres, citing commercial sensitivity, but promised “engagement with local communities and their political representatives and in order to allay any concerns”.

Following a claim for protection, the State is legally obliged to offer accommodation and related services to anyone without means, which includes meals, medical care and utilities. A weekly personal allowance is given to every person in a centre, and exceptional needs are covered by the Department of Social Protection.