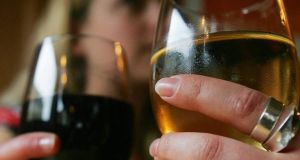 The chief executive of a leading Northern Irish hospitality organisation has said the North would ‘be the loser’ if the Republic changed its Easter licensing laws. File photograph: Cathal McNaughton/PA Wire

The chief executive of a leading Northern Irish hospitality organisation has said the North would “be the loser” if the Republic changed its Easter licensing laws.

Colin Neill, from Hospitality Ulster, said the Goverment’s plans to allow the Republic’s pubs and restaurants to sell alcohol on Good Friday means that “once again we are left lagging behind our second-largest tourism market and nearest competitor, the Republic of Ireland.

“With progressive licensing laws that offer customers what they want and a tourism VAT rate of 9 per cent [in the Republic], it’s Northern Ireland that will lose out, and that’s a fact,” he said.

“You only need to visit Carlingford this Easter and watch the buses arriving from the North to see just how much we lose every Easter.”

Mr Neill said he believed having a glass of wine with lunch or a pint of beer with friends and family in a bar or restaurant on Good Friday “is not disrespectful, nor does it take away from the importance of Easter.

“Allowing pubs and restaurants to sell alcohol over Easter is not about religion, if it were they would ban supermarkets selling alcohol at 8am on Good Friday morning,” he said.

“And does anyone really think less alcohol will be consumed? People just bulk-buy in advance and drink at home, consuming more alcohol than they would over a normal weekend.

“And this not just about one day, we have restricted sales over the entire Easter weekend.

“The hospitality industry will lose out on over £16 million (about €19 million) of income, money that pays the rates [and] wages and sustains many small businesses across the province.”

Last year, then DUP minister for communities Paul Givan proposed a Bill to extend off-licence opening hours on the Thursday before Easter by one hour.

However, the Bill fell when the Assembly fell earlier this year.

Mr Neill said the hospitality industry has worked hard to find a compromise, “but we simply cannot be ignored”.

He said the lack of a government in the North was impacting on the Northern Irish economy.

“The NI Assembly had made some progress to amend our licensing legislation, but that Bill fell when the Assembly fell,” he said

“I would appeal to our elected representatives to find a way to re-establish the NI Assembly and implement a Bill that will make real changes to our licensing laws.”

1 Dublin gangland figures involved in Drogheda feud that killed 17-year-old
2 Murdered and mutilated: Keane Mulready-Woods and the teenagers of gangland
3 Mary Lou has to call for the smelling salts as SF councillor deals a knock-out blow
4 Who was murdered teenager Keane Mulready-Woods?
5 Teenage boys and organised crime gangs: A complicated dynamic
Real news has value SUBSCRIBE