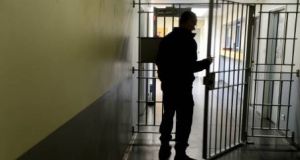 As part of a side-deal negotiated in tandem with the recent public service agreement, the Government agreed to provide rent allowance increases for prison officers and firefighters. File photograph: Getty Images

The cost of increasing rent allowance payments for prison officers and firefighters arising from rises secured by gardaí last year will be €6.5 million annually, according to new official figures.

Rent allowance was increased by €500 to €4,500 for gardaí as part of a Labour Court recommendation aimed at averting a threatened strike last November.

As part of a side-deal negotiated in tandem with the recent public service agreement, the Government agreed to provide similar rent allowance increases for prison officers and firefighters.

Minister for Public Expenditure Paschal Donohoe told the Dáil in a written parliamentary answer the increases would cost €6.5 million per year.

He said it would cost a further €250,000 to extend rent allowance to the small number of full-time firefighters who were not already receiving the payment.

Mr Donohoe said restoration of allowances for radiographers working in the Breast Check unit in the health sector who were appointed since 2012 - which was another side deal negotiated as part of the recent public service accord - would cost €270,000.

He said restoration for post-2012 new entrants of a livestock allowance for certain technical officers in the Department of Agriculture would cost €90,000, while the bill for a tool allowance for craft workers in local authorities, OPW and health and education sectors recruited after 2012 would be €390,000 per year.

These side deals will only come into effect if the overall public service agreement is ratified in the autumn following ballots of union members.

Separately, the Minister said it would cost €4.71 million per year to restore a number of allowances for nurses appointed since 2012. The reintroduction of these allowances was agreed at the Workplace Relations Commission last March as part of a deal to head off a potential dispute.

He said restoration of these allowances was also conditional on ratification of the new agreement by the unions concerned.

Details of the cost of the side deals was provided in a written answer to Dara Calleary of Fianna Fáil.

The Minister’s answer did not include the cost of moving about 1,000 clerical officers in the Civil Service to a higher pay scale and the introduction of additional leave for Civil Service personnel, which was also agreed in tandem with the public service accord.