Majority of affected people unemployed and male, study by Health Research Board finds 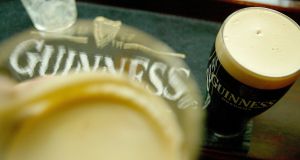 Almost 57,000 cases of problem alcohol use were treated in the State between 2009 and 2015, new statistics state. Photograph: Peter Macdiarmid/Reuters.

In terms of the profile of problem drinkers, as illustrated by the available data for 2015, two-thirds were male with a median age of 41 and the majority were unemployed.

The proportion of new cases where people were classified as dependent on alcohol increased sizeably from 41.5 per cent in 2009 to 57 per cent in 2015.

Dependency is indicative of an acute reliance on alcohol, and the treatment and recovery process is much more difficult in such cases, the HRB said.

The overall drop in cases was welcomed by Alcohol Action Ireland, but its director of communications Eunan McKinney expressed concern over the link between alcohol consumption at a young age and problem drinking patterns.

“The sad reality is it does demonstrate that people, when they start drinking early they can tend to fall into trouble fairly quickly. Half of those who sought treatment commenced drinking at or before the age of 16 and that hasn’t dropped,” he added.

The data for the study was compiled from the National Drug Treatment Reporting System, but the HRB sought to stress that coverage of cases in some parts of the country remains incomplete and therefore the numbers reported are likely an underestimation of problem drinking levels.

The HRB further added the caveat that the drop in cases over the latter years of the study may be attributable at least in part to a reduction in the availability of treatment services, or less compliance from services in terms of furnishing figures.

Elsewhere, it was found that cannabis was the most common drug used by those treated for problem drinking, followed by cocaine and benzodiazepines.