Unique identifier is part of proposals to ensure principle of ‘one person, one vote’ 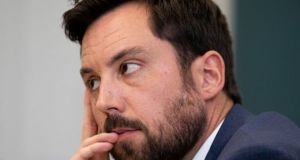 Voters’ personal public service (PPS) numbers will be used to verify their identity as part of the most significant modernisation of the electoral register in more than a century.

The Government has approved proposals for ground-breaking changes to the register including a single database rather than the current system where individual local authorities have sole responsibility for the register in their area.

The proposals will also allow pre-registration by 16- and 17-year-olds so they are automatically included on the register when they turn 18, the legal age for voting.

The reforms include optional online registration where currently registration is exclusively on paper and improved provision for registration for those with no fixed address.

In addition, a system of anonymous registration will be available for people whose safety may be at risk.

The reforms also include removal of the “marked” or “edited register” that shows who voted in an election and which can be bought by political parties and others and is usually used for direct marketing.

Minister for Local Government Eoghan Murphy said the changes represented the “most significant modernisation of the electoral registration process since 1918”.

They “will allow for more responsive engagement with the public, more efficient administration and crucially, will protect the integrity of our electoral registration process into the future”, he said.

Minister of State for Electoral Reform John Paul Phelan will bring the heads of a Bill or outline proposals to Cabinet early in the new year.

He said the reforms were about “making the registration process more user-friendly and similar to the way people interact with other State services”.

The most controversial element is likely to be the requirement that voters show their PPS number to prove their identity as part of efforts to ensure the principle of “one person, one vote”.

The number is the unique identifier for every individual for public services, social welfare benefits and taxation matters.

However, a data protection impact assessment and continuing engagement with the Office of the Data Protection Commission on privacy issues will be part of the implementation process.

Currently a person is not automatically removed from the register in one location if they move and register elsewhere and could potentially vote more than once.

The measures also include limited data sharing between public bodies and local authorities for increased register accuracy “so that when someone changes details of address or name with one public body, their details on the electoral register would be automatically updated”, Mr Phelan said.

He has also published a report on the public consultation earlier this year, available at registerreform.gov.ie, which showed the public wanted flexibility in how people could register to maximise electoral participation.