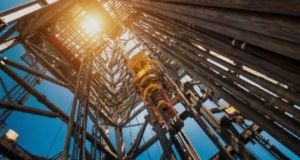 Eamon Ryan said that the policy statement on prohibiting the importation of fracked gas is currently being developed by officials in his department. File photograph: Getty

The Green Party in Cork has welcomed confirmation that plans to import fracked gas into Ireland from the United States through the Port of Cork have been scrapped.

“Ireland banned fracking in 2017. The support from across Cork city and county in opposing the importing of fracked gas through Cork after that has been tremendous so this news is very welcome,” he said

“The message is very clear – Cork does not welcome fracked gas. We know we have to make the transition to a low carbon economy but fracking and all of its effects have no place in that. Not here, not anywhere.”

In 2017, the Port of Cork and US liquefied national gas development company, NextDecade, headquartered in Houston, Texas, signed a memorandum of understanding to import liquefied natural gas through the port.

At the time, NextDecade said it signed the memorandum with the Port of Cork “to advance a joint development opportunity ... for new floating storage and re-gasification unit and associated LNG-import terminal infrastructure.”

“The development would provide competitively priced energy solutions to Ireland and its regional partners under long term contracts. If built, the project would substantially increase and diversify Ireland’s supply of natural gas.”

However, Green Party leader Eamon Ryan has now confirmed in the Dáil that this memorandum expired on December 31st 2020 and the Port of Cork have no intention of renewing it.

Mr Ryan said that as Ireland moves towards carbon it did not make sense to develop LNG terminals that import fracked gas.

“The Programme for Government is clear that the Government does not support the importation of fracked gas and commits to developing a policy statement to establish that approach,” he said.

Mr Ryan said that the policy statement on prohibiting the importation of fracked gas is currently being developed by officials in his department who will consider any necessary legal and regulatory provisions.

“This includes detailed examination of the European energy and environmental frameworks, in which our national laws operate, to ensure the policy statement will be legally robust,” he said.

“It is intended that the policy will apply to all LNG facilities in the State including the project in Cork. Once finalised, I intend to bring the policy statement to Government for approval.”

Cork City Council had passed a motion proposed by Cllr Moran in 2019 calling on the Port of Cork to drop the project but a similar motion proposed Green Party Cllr Alan O’Connor failed to get the backing of Cork County Council.

Speaking after receiving confirmation from Mr Ryan that the project was now shelved, Cllr Moran said the plan had sparked particular controversy because of the environmental damage caused to local communities in Texas.

“In 2019, we met with the Port of Cork – we had Bekah Hinojosa from Texas with us. She explained the effect that fracking has on the local environment in the Rio Grande valley and already marginalised communities there,” he said.

“Fracking means injecting liquid into the earth and breaking up rocks under the ground to release gas. This has the effect of contaminating groundwater and unsettling the earth, even affecting birth outcomes,” he added.