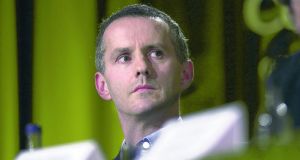 Planning permission has been refused for a 152-bed student accommodation scheme in Drumcondra in Dublin.

The four-storey apartment project was planned for beside the Mater Dei Institute of Education teaching college on Clonliffe Road. The developers sought permisison from Dublin City Council to demolish five existing houses, one of which was a protected structure.

Almost 30 local residents submitted objections to the proposal, expressing concern over the size of the structure and the impact the increased student population would have on the area.

Tolmac Construction, a Clondalkin-based building company, was behind the plans which featured 140 single apartments and six double rooms.

Green Party councillor Ciaran Cuffe said the application was of “an astonishingly poor quality”, due to the lack of a management plan and a traffic assessment study.

Council planning officials ruled on May 9th that the four-storey development was “inappropriately designed and inadequately detailed”, and due to its “bulk, height, and design would seriously injure the residential amenities” of the area.

Union of Students Ireland president Annie Hoey said the organisation was “concerned that residents are opposing the development of student accommodation”.

“It is disheartening to hear that there is a cohort of people who are tarring all students with the same brush. Noise complaints and so called ‘party-culture’ is not exclusive to students,” Ms Hoey said.

In the past two years a significant amount of purpose-built student housing has been granted planning permission in Dublin city centre, in many cases backed by large US and UK-based student housing developers.

Minister for Education Richard Bruton will release a national student accommodation strategy in June, which will look to increase the amount of student accommodation in Irish cities. A source said incentives for private student housing developers would play a big role in the Minister’s plan.