Over 1m viewers could have access cut over illegal streaming 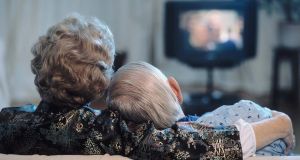 The Commercial Court heard yesterday that as many as 1.3 million people here may be involved in illegally accessing the work of six film and TV studios

More than a million people who illegally stream films and TV shows from the internet face having their online access cut off or severely reduced if a legal action taken by a group of studios is successful.

The Commercial Court was told yesterday that as many as 1.3 million people in the State may be involved in illegally accessing the work of six film and TV studios through various streaming websites.

Their legal action is, however, not being taken against individual consumers but rather targets nine of the State’s main internet service providers (ISPs).

The six studios, members of the Motion Picture Association, are trying to replicate successful legal actions taken in other jurisdictions by asking the Irish courts to force ISPs to block certain websites which they claim are facilitating what they say is massive illegal downloading of their work.

While legal streaming has become hugely successful in Ireland in recent years with companies such as Netflix attracting hundreds of thousands of subscribers, other streaming services have also been operating in the space.

A growing number of providers sell Android boxes which users plug into a television set and in order to stream content directly from the internet. Thousands of films and television programmes as well as live sport broadcasts, can be accessed from these services at a minimal cost to the user.

The boxes can be bought for less than €100 from many retailers and are also sold on amazon.co.uk with some costing less than €50.

Twentieth Century Fox, Warner Bros Entertainment, Paramount Pictures, Disney Enterprises, Universal Studios, Sony Pictures Television and Columbia Pictures as well as independent distributors and filmmakers in Ireland say digital piracy has led to the loss of 500 jobs in the State in 2015 and €320 million in lost revenues.

The action is to be fast-tracked by the court and will see the film studios ask the courts to force the ISPs to block or disable access by their subscribers to three “target” websites – movie4k.to, primewire.ag and the website currently located at onwatchseries.to.

The court action claims the essential purpose of these websites is to make available copyrighted content on a very large scale. The orders sought are similar to those previously made against the Pirate Bay and KAT websites over music downloading.

Jonathan Newman SC, for the studios, told the court that illegal downloading of movies posed an extremely serious threat to his clients’ interests and they wanted these orders to stop the websites making thousands of movies available.

The defendant ISPs adopted a neutral position on the application to fast-track the case and they said they were given only a brief time to consider a draft order and protocol as a means of addressing the studios concerns. Mr Newman said discussions had “been going on since last August”.