Oireachtas committee will not hear Scouting Ireland on child protection

Lack of support from committee for hearing, despite new Tusla concerns on child safety 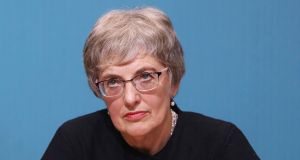 Scouting Ireland will not be brought before an Oireachtas Committee to address Tusla concerns over child protection procedures due to a lack of support from committee members, its chairman Alan Farrell has said.

Mr Farrell had planned to use the occasion to question Scouting Ireland on several areas of concern flagged by Tusla, the child and family agency, in a letter it sent to the organisation.

Outlining the content of that letter in the Dáil on Wednesday, Children’s Minister Katherine Zappone said it raised issues about the implementation of statutory Children First protections.

“In recent days Tusla ... has written to Scouting Ireland highlighting serious concerns about that organisation,” she said.

The letter put forward eight recommendations including that Scouting Ireland consider the viability of continuing with its overnight camping trips.

It asked that consideration be given to ensure personnel manning a helpline in the organisation for those affected by abuse issues are independent of Scouting Ireland.

An immediate review of the supervision of children involved in scouting, should be undertaken, it said, and suggested a sub-committee be established to review child safeguarding procedures.

“As I stated, these concerns have only come to light. They require urgent consideration,” Ms Zappone said.

Shortly after news of the letter emerged Mr Farrell described it on Twitter as “a very worrying turn of events” and said he would be requesting Scouting Ireland to appear before the committee to address it.

However, while it is understood the organisation had signalled its willingness to do so, Mr Farrell told The Irish Times the meeting could not proceed as it did not have the support of the required number of committee members to convene an unscheduled hearing.

He had planned to investigate what he said were contradictions in information previously provided by Scouting Ireland to the committee and what emerged in the Tusla letter, namely that there was no ongoing child protection concerns.

“I am perplexed and disappointed,” he said of the lack of committee support, as it would have provided them an opportunity to get more information into the public domain.

Meanwhile, Maeve Lewis, executive director of One in Four, said she was “really shocked that there are current child protection concerns” given the level of information that has emerged about historic issues.

Two key issues now required clarity, she said: are those currently involved in the scouts safe, and how many of those who have suffered historic abuse are realistically likely to make contact with a helpline run by the organisation itself.

“I really welcome the Minister’s call that there be an independent helpline staffed by independent, trained people,” she said.

Ms Lewis said clarity was also now required regarding the level of support being offered to those affected, whether proper counselling is available on a long term basis.

If Tusla is concerned about children going camping “that raises many concerns about the level of safeguards that are in place at the moment”, she added.

“But sexual abuse can happen anywhere as we have seen with other organisations, it doesn’t have to be on an overnight trip. Sexual predators will find opportunities.”

1 California shuts down again as US coronavirus cases surge
2 US passengers fly into Dublin: ‘I’m here for six days. I guess I’ll have to stay inside’
3 Travel rules unlikely to include mandatory quarantine or cancelled flights
4 Maureen Dowd: Biden has his limitations but he’s no Trump
5 Covid-19: 200 to 250 people arriving in Ireland from US daily - Coveney
Real news has value SUBSCRIBE