O’Donovan Rossa legacy to be examined at centenary conference 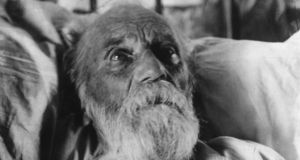 Jeremiah O’Donovan Rossa, one of the leaders of the Fenian movement, died in New York in 1915. File photograph: Topical Press Agency/Getty Images

The legacy of Fenian, Jeremiah O’Donovan Rossa and his influence on Irish nationalism is to be examined at a history conference in his native west Cork to mark the centenary of his death in 1915.

Gabriel Doherty of the School of History at UCC said the two-day conference will address a range of topics relating to O’Donovan Rossa who died in New York at the age of 83, on June 29th 1915.

The conference entitled O’Donovan Rossa, Fenian: Life and Legacy will open on Thursday July 16th with a lecture by Prof Michael Laffan of UCD on O’Donovan Rossa’s funeral.

Prof Laffan will speak on the place of the O Donovan Rossa funeral in August 1915 within the Irish nationalist funeral tradition and its influence on the growth of Irish nationalism.

“O’Donovan Rossa was arguably the most famous of all Fenian leaders and his funeral in Glasnevin Cemetery was the occasion for Pádraig Pearse’s famous graveside oration,” said Mr Doherty.

“Given the involvement of the entire 1916 leadership and the prominent role played by the Irish Volunteers, the funeral can be seen as marking the beginning of the countdown to the 1916 Rising.”

Mr Doherty revealed that other speakers at the conference which will be held in the Celtic Ross Hotel in O’Donovan Rossa’s native Rosscarbery will address a range of related topics.

They will include the influence of O’Donovan Rossa’s Gaelic milieu on his outlook and actions, the evolution of British policy towards Irish political prisoners and the Fenian Rising of 1867.

Mr Doherty said the conference will close with a lecture by Dr Shane Kenna of the Glasnevin Trust whose new biography of O’Donovan Rossa is published this month.

Dr Kenna’s lecture is entitled The Life and Afterlife of Jeremiah O Donovan Rossa: A Study in Dissension and the full event is free to all, said Mr Doherty.

For further information on the event which takes place on July 16th and July 17th, please email Gabriel Doherty at g.doherty@ucc.ie.