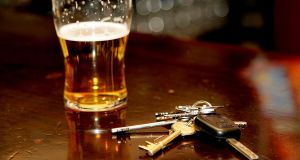 Just 69 motorists were caught over the drink-driving limit “the morning after” since the beginning of the year, latest Garda figures show.

Last month, the Garda National Roads Policing Bureau said 695 people were caught drink-driving in January this year, up 16 per cent on the 597 caught during the same month last year.

And a newly released breakdown of the figures shows 10 per cent of those over the limit were detected between the hours of 6am and midday.

This is up from the 9 per cent found to be still intoxicated during the morning for the same period in 2018.

The data comes as Minister of State Finian McGrath faced calls to resign after claiming gardaí are carrying out “over-the-top” drink-driving checks because they oppose new road safety laws.

Mr McGrath, a so-called super junior minister who sits at the Cabinet, last night issued another apology for his comments, made in an interview with the Sunday Independent.

“I am aware that my comments regarding the gardaí and drink-driving have caused hurt to families and victims who continue to suffer the consequences of drink-driving,” the latest statement said.

“It was never my intention to cause pain and I wish to unreservedly apologise to them and also to our gardaí.

“Families and victims suffering the aftermath of drink-driving have always been my priority. I voted for and fully support the legislation which automatically disqualifies any motorist found to have consumed alcohol. I also supported the Government Minister who brought this vital legislation forward even though he was criticised from some quarters. I will continue to support all road safety initiatives and measures.”

The Minister who brought forward the reforms was Minister for Transport Shane Ross, Mr McGrath’s colleague in the Independent Alliance.

Mr McGrath was criticised by both Government colleagues, including those in the Independent Alliance, and Opposition figures. Fianna Fáil justice spokesman Jim O’Callaghan called on Mr McGrath to resign but stopped short of saying he should resign his post.

Former Garda chief superintendent John O’Brien said he could understand public scepticism about Garda checkpoints for drink-driving because of past issues with inflated figures, but he said checkpoints were important.

He said enforcement needed to be done with a degree of sensitivity and that everything had to be done to improve road safety.

What he said requires an apology. All of us in our game could make a slip, then have to come along and withdraw

“He is a very passionate person. I do have full confidence in him. He has a particular way of working.

“What he said requires an apology. All of us in our game could make a slip, then have to come along and withdraw.”

“Our members take their political independence very seriously and regard it as a key reason gardaí command such a high level of public support,” it said in a statement.

“For clarification, gardaí carry out Mandatory Intoxication Test checkpoints [MITs] under management instruction in accordance with the Road Traffic Act and do not set up MIT checkpoints under their own recognisance.

“The GRA welcomes Minister McGrath’s acknowledgement that his charges have no basis and will not be commenting further on this matter at this time.”

* This text has been amended. An earlier version reported that 69 drivers were over the limit in January. The 69 refers to those detected by the Garda since the beginning of the year