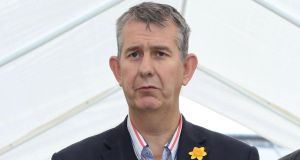 The North’s Minister for Agriculture Edwin Poots told the Stormont Assembly on Tuesday that a number of British businesses are considering withdrawing from Northern Ireland because of the cost of applying the protocol.

This was due to the cost of export health certificates that would apply in order to keep Northern Ireland in line with EU rules under the terms of the protocol.

“The consequence of it is that we will likely lose some of those businesses from Northern Ireland and consequential jobs lost, the consequential loss of, potentially, goods that are on the shelves that people want to buy,” added the Minister.

“There are a lot of businesses in GB [Great Britain] currently talking about pulling out of the Northern Ireland market because of the protocol,” said Mr Poots.

“The protocol as it stands is extremely damaging, but it can be remedied should the EU co-operate with us in remedying it,” he said.