Nollaig na mBan events to take place across the country 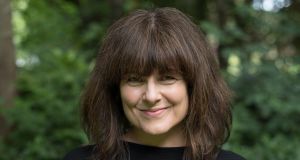 Events to celebrate Nollaig na mBan, or women’s Christmas, will take place across the country on Monday.

In Dublin, the Irish Writers Centre is hosting an event featuring female artists and authors on Monday evening in Epic, the Irish Emigration Museum in the city centre CHQ building.

Writer and comedian Tara Flynn will MC the evening, which will include talks from author Caelainn Hogan and other writers such as Sarah Davis-Goff and Chiamaka Enyi-Amadi. The event will have a focus on underrepresented writers and artists, with musical entertainment provided by Farah Elle.

There will be a book swap at the literary event with those attending invited to bring along a gift-wrapped book by a female author to exchange with other audience members or performers.

Hilary Copeland, director of the Irish Writers Centre said the Nollaig na mBan show was “one of our most popular events and a fantastic opportunity to celebrate the talent of the many women who call Ireland home”.

The Abbey Theatre will host an RTÉ Radio One live recording on Sunday to celebrate Nollaig na mBan, hosted by writer Sinéad Gleeson to be broadcast on Monday. The event features readings and performances from women in Irish literature, poetry, theatre and music. Guests include Mary McAleese, Marian Keyes, Lisa O’Neill, Sarah Breen and Emer McLysaght.

The women’s network of National University Galway is running a Monday evening talk on self care for women by Dr Malie Coyne, a clinical psychologist and NUIG lecturer.

In Kildare, an art exhibition titled Making Marks and Markievicz will open in Newbridge Town Hall on Monday. The exhibition will feature female artists from Kildare County Council’s art collection and remain on display until the beginning of February.

In Cork, a charity is hosting an afternoon tea fundraiser at the Fota island resort on Sunday. The event, run by Breakthrough Cancer Research, includes a gin reception, afternoon tea and a fashion showcase. The ticketed fundraiser is in its ninth year and will be hosted by journalist Deirdre O’Shaughnessy.

Cork Chamber of Commerce is also hosting a fundraiser to mark Nollaig na mBan in aid of homeless charity Focus Ireland. The event in the Maryborough Hotel and Spa, in Douglas, Co Cork will take place on Sunday afternoon.

An Grianán Theatre in Letterkenny, Co Donegal, is holding a Nollaig na mBan concert featuring female artists from the county for the second year in a row, in aid of Donegal Hospice on Sunday.