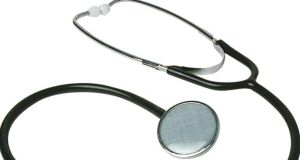 National Association of General Practitioners’s leadership hopes to have a comprehensive package of measures in place to deal with financial difficulties in the coming days.

The National Association of General Practitioners (NAGP) has lost about 200 members in recent weeks since the Government reached agreement with the Irish Medical Organisation (IMO) on a €200 million package of proposals for general practice.

He said one member of the NAGP had resigned from the organisation on Monday, in the wake of the announcement that its president Dr Maitiu Ó Tuathail and all the other members of its national council had stepped down over “serious governance issues” in the organisation.

The national council members said in a statement following their departure that concerns had been raised about the governance of the NAGP at its annual meeting in March 2018.

The NAGP is operated as a company and has directors and a chairman as well as an advisory national council and a president.

Some informed sources suggested that members of the national council were concerned at delays in implementing recommendations of the Ampersand report, which included slimming down the current structures and a merger of the roles of president and chairman.

Mr Goodey said the report was scheduled to go before the NGAP’s forthcoming annual meeting for ratification. He suggested the concerns raised by the council related to the worsening financial position of the organisation and the reduction in revenue over recent weeks.

The NAGP, which was not involved in direct negotiations with the Government on the new deal for general practice, said many GPs were waiting to see the details of the new offer before they renewed their membership subscription.

“This has created financial difficulties for the NAGP.”

Mr Goodey said the organisation’s leadership hoped to have a comprehensive package of measures in place to deal with the financial difficulties in the coming days.

The Ampersand report recommended major reforms to the internal governance structures within the NAGP including a merger of the existing roles of chairman and president.

It suggested that the president of the organisation should be the senior elected officer and preside over the annual conference and all significant meetings.

The report proposed that the president should be elected by the annual meeting for a three-year term.

The president would also be a member of the small executive board of directors which would be elected by the annual meeting to serve for a 12- month period. Directors could only serve three terms under the proposed reforms.

The report also suggested there should be a separate general council drawn from delegates from each county.

It said the board would have a special duty to keep council members informed of events involved in the running of the organisation including agendas and documentation arising from its meetings.

The departure of the president and national council members over the weekend represents the second time that the organisation has been hit by resignations over internal issues.

At its annual meeting last year, its then president said a number of “valued members” had quit over due to concerns over internal governance issues.

The conference was told that the issues included the financial viability of the organisation, its links with a company which facilitated patients to access care abroad, and the use of a €168,000 fighting fund collected from members.